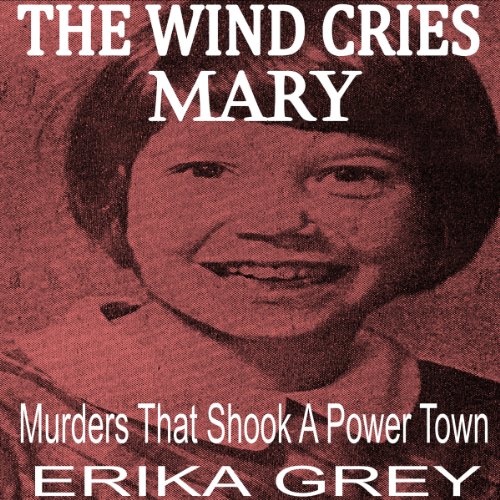 On May 27, 1969 in the sleepy power town of New Canaan, Connecticut, ten-year-old Mary Mount, the daughter of an IBM research scientist was abducted and murdered. Several persons including serial killers became suspects.

A year and a half after Mary's abduction and murder, John Rice, a 17-year-old honor student and Boy Scout in New Canaan, brutally murdered four members of his family. Rice became another suspect in Mary Mount's murder.

Rice found not guilty of the murders of his family by reason of insanity was released back into society after spending only five years at Connecticut's Whiting Institute for the criminally insane.

The Wind Cries Mary reveals more shocking twists to the story and enlists Criminal Profiler Greg Cooper for his expert analysis concerning Mary Mount's killer and the possibility of John Rice as her murderer.

What listeners say about The Wind Cries Mary

The author should have quit while she was ahead

I agree with other reviews that this book is not really all about Mary Mount, although her abduction and murder comprises the first half of the book. The second half is about the murder of his family by the teenager John Rice Jr (only his father was not killed). In terms of true crime accounts I think these are both resonably good, although a bit more detail might have been nice. The premise of putting them together in one book is that there is some "suspicion" that John Rice Jr may also have killed Mary (he lived nearby). However this is very tenuous and based only on proximity of the crimes and township rumors. No proper evidence at all is given.

I had to take a whole star off as I got to the end of the book as the author lists all possible murders in a vast area around where John Rice Jr now lives. Does she think he is guilty of all of these? Even if he may be, there is absolutely NO evidence of his involvement, and it seems that he was never even considered by any of the investigations. It was very un-professional to suggest he is linked to these killings just for the sake of sensalization.

Other serial killers known to have been active at the time and in the area are also discussed, and I liked that these were included. I think one of these killer is a much more viable suspect (for the Mary Mount murder), and should have been dealt with in considerable detail (although there is some discussion of him). The begining of this book is ok, but might have been better presented as novella-size stories ala Ann Rule. As it goes on, however it becomes rambling and spurious and looses the otherwise decent rating it could have had.