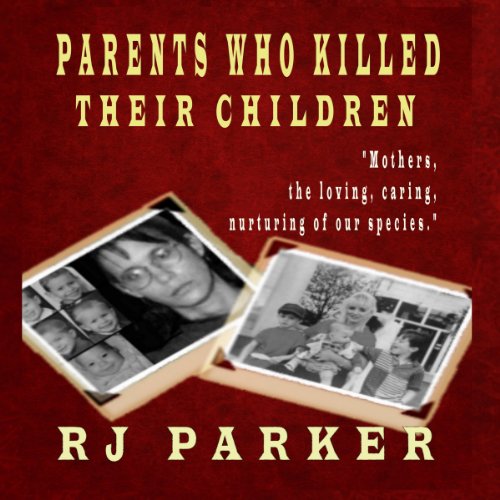 Parents Who Killed Their Children

Filicide is the intended act of parents killing their children. The act is also regarded as an offense since it amounts to murder. It appears to very unnatural for a parent to end the life of his child. As much as this appears to be inhumane and unimaginable, there are some parents who kill their offspring.

We consider mothers to hold the highest status in our lives. For a son, there is no greater being on this planet than his mother. She gives birth to the child, cares for him when he is at his most vulnerable stage, unable to eat or drink, and she feeds him her own milk. Suffice to say, the role of a mother is one that cannot be explained properly in words. What she does for her child is the real example of true love; she does everything for him without ever wanting anything back.

The case files in this book go against everything we have been taught and have learned. We perceive mothers to be the epitome of care and support, yet mankind teaches us cruel lessons.

Warning: Content contains sensitive material that may not be suitable for all listeners.

What listeners say about Parents Who Killed Their Children

Three Stars All Around

Have no recommendation as to the purchase of this book either way. Personally, I'm satisfied.

What aspect of Don Kline’s performance would you have changed?

Don Kline tends to speak in phrases, which was okay once I caught his rhythm. Pretty much a matter-of-fact narrator.

The book isn't great but it's reasonably well done and, based on the stories I knew beforehand, quite accurate.

I enjoyed the listen! I had only heard of one of the cases (Yates) and there was actually an update I was not yet aware of. The author did a great job of providing possible motives to these horrible crimes and then showing the example. If you enjoy true crime, you will definitely enjoy this book!

Same ol “ripped from the headlines” cases, nothing new, if there were, I didn’t find them memorable or interesting. I would like to see a book this topic, for once not include Andrea Yates or Susan Smith. Boring.

Would you listen to Parents Who Killed Their Children again? Why?

Yes, I think I catch something different that I missed the first time.

What other book might you compare Parents Who Killed Their Children to and why?

Have you listened to any of Don Kline’s other performances before? How does this one compare?

This is my first.

I highly recommend this in paperback, ebook or audible. Very intriguing. Great book!