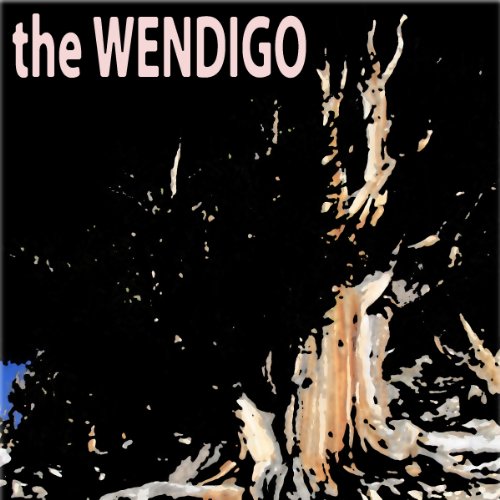 Days from civilisation five men are about to experience something beyond the rational.

In the snow slaked wilds where the natives fear to tread, these men search for moose but find something more terrifying and supernatural. With a rush of wind and the smell of feral nature one of their number is whisked away, leaving them wondering: Who might be next?

What listeners say about The Wendigo

Would you try another book written by Algernon Blackwood or narrated by Felbrigg Napoleon Herriot?

Probably. I didn't have any problems with the narrator, and I've read/listened to other Blackwood stories. I read (and later listened to) The Willows, which is, I think, generally regarded a classic, but I didn't like the prose. There was another one I listened to, I forget the title, but it was set in a French town where everybody behaved like cats.

The Island of Doctor Moreau.

The scene I most *wanted to* enjoy was when the young man was alone in the woods by the lake and was aware of the awesome power of nature. I got what the author was trying to do, but don't think he succeeded. Not for me, anyway.

Disappointment, certainly. This story was recommended to me by a friend, and also by H.P. Lovecraft in his famous essay on the supernatural in literature. (I like that last sentence up to but not including the word "in" - it sounds like I was down the pub chatting to old Howard.)
The idea of being in the wilds where something unknown picks people off is a very scary one, and one that has been used many times in horror, especially in films. But the execution fell short here. I wasn't rooting for anyone, the prose was very waffly (with too much passive voice) and did far more telling than showing. Even the time frame jumped about; one sentence we're in the woods, the next it's after-the-event stuff, then it's back to the woods...

When did supernatural horror writers learn that they can leap right in, and put the reader in the position of the protagonist throughout the story? I've read a fair few other works from the 19th century, and they always seem to need some framing story - usually Victorian gentlemen drinking port and smoking cigars until someone decides to tell their story about a ghostly encounter (to be invariably mocked for believing in ghosts), or else we get a whole chapter detailing how they got hold of the ancient manuscript that is the actual story. These things can add atmosphere, but generally they're irrelevant.

Could not stand this narrator's voice

I couldn't finish this book because of the narrator's voice . It really was just that awful .

Just the meat and potatoes

My PTSD from watching the excessively horrifying (and needlessly upsetting) Pet Sematary at a young age is what eventually led me to discover The Wendigo. I ordered a collection of Blackwood's, hoping to better understand my own childhood trauma gained from that filthily scary Stephen King story. What I found was that, not only is Algernon Blackwood's Wendigo story fantastic, but almost everything of his I've read is f****** adoreable. There's something about the way the man writes. He's ahead of his time. You read his shit and you'd never guess it was written a century ago. There's just something so charming and intimate about his writing-- like, when you read him, you feel like you're being caressed while someone is shampooing your hair, all while you're sitting down to a succulent slice of veal and mashed potatoes, smothered in a rich homemade gravy. His narration is so pleasant and naked, but it doesn't feel like hand holding or coddling-- it feels like a partnership-- like you're riding horses with your fat buddy who laughs a lot on a sunny day, and he happens to tell you ghost stories, with a rare knack for details and honesty. Blackwood's The Wendigo centers on the demonic creature and myth of Native American, the Wendigo, which is a spirit or creature which, without giving too much away, has to do with cold places, cannibalism, and some kinda madness. Images of a deer like creature or an incredibly tall, gaunt-faced famished man with skin stretched tight over the body are what come to mind for most when the name Wendigo is mentioned, but Blackwood's approach to the story focuses on a group of campers in the north of North America, and one man's frighteningly weird case of possession after a Wendigo encounter. Oh, those "feet of fire!" It's a fantastically creepy story and like with most Blackwood, it's what's not said that is scary, but what isn't said-- that restraint seems to be the most reliably entertaining component in horror story telling and Blackwood has a knack for it that must have soaked into Lovecraft and others who followed in his footsteps. If you like ghost stories out in the woods, this is a damned good campfire story. Not sure if an Aussie narrator was the best choice, and this is far from Algernon Blackwood's best stories but one of my personal favorites due to my interest in the material. Please be cognizant of that particular bias because it's kind of a big deal. In some ways, this story just doesn't do it for me. Like, the scariness of the Wendigo, and the potential for atmospheric horror-- these things feel like missed opportunities because the story unfolds more as weird than as scary. That said, I think this would have been a great story to have within King's "Pet Sematary" novel, like something Judd tells Louis. Can't you hear old Fred Gwynne doing it? "Lewis. I shouldn't tell ya this story, but here it is. A hundred ago, there was a huntin' party struck outa Ludlow. Aya. Right here outa Ludlow..." and et cetera.

I would consider this story more suspenseful or thriller than horror. concentrating on character and atmosphere. not a bad piece, short and easily digestible.

A good creepy tale. The narrator choice made no sense. An Australian for a north woods tale?

It was simplistic , scary and enjoyable check it out its worth a listen .

I tend to enjoy some short novella type books as a change of pace and was really looking forward to listening to it, but this one was completely lame from start to finish. I kept listening thinking the story was just slow to unfold, but it never got on track. The narration was awful but honestly the story would have been difficult for any narrator to save. I would definitely not recommend this one.