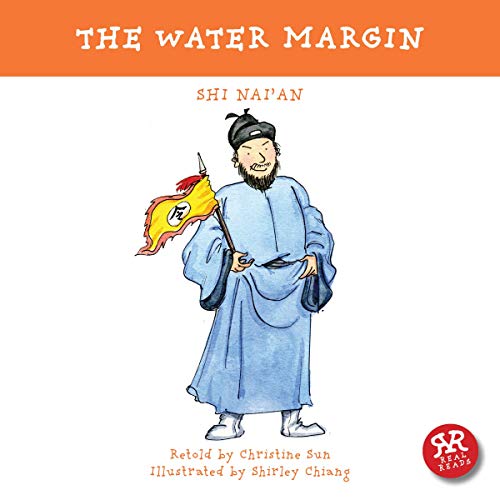 Although Song Jiang is only a lowly local government official, he is loyal to the emperor and kind to all the citizens in his care. But Song is in trouble. A series of unfortunate incidents have led to him being arrested, and his political enemies are keen to see him sentenced to death.

There is still hope, however. One hundred and eight brave bandits from Mount Liang have heard of Song’s good name and are willing to rescue him as long as Song will lead them in rebelling against the corrupt government.

Will Song agree to become an outlaw? Will he be able to tread the narrow path between right and wrong? Will justice eventually prevail over corruption and the misuse of power?

What listeners say about The Water Margin

A bit of nostalga

I used to watch the water margin on TV when I was a teenager. It was full of kung fu fighting. The book reads like a traditional English fairytale - with a twist. A lot more people die in this fairytale.

Too short! I wanted to actually had the story, not a very brief summary of it. I would love an English translation of this story to be offered on Audible!

The Wikipedia article is a better read. Unfortunately no other English versions are available. I'm hoping a decent one will appear soon.

Excellent reading of an excellent story

I’m not sure why one reviewer was upset the narrator had a British accent. Her proper pronunciation of the various Chinese names was more important.

This is one of the classics of Chinese literature. Until you have a chance to read a full-length translation, this short version does a great job of covering the major points.