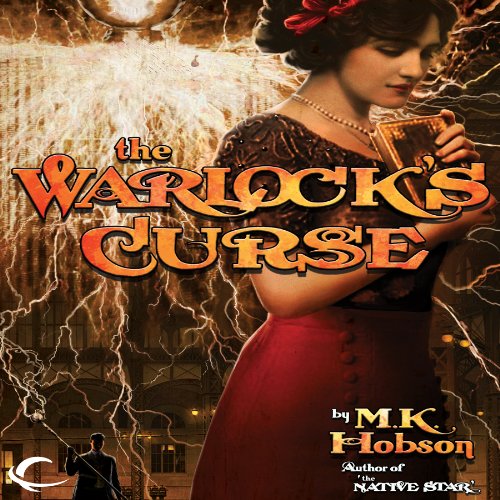 From the author of the Nebula Award-nominated The Native Star.

The Year is 1910. Eighteen-year-old Will Edwards has landed a prestigious apprenticeship at Detroit’s Tesla Industries, the most advanced scientific research center in the United States. It’s a plum prize for a young man who dreams of a career in the new science of Otherwhere Engineering.

But his father doesn’t want him to go. And he won’t tell him why.

Determined to get there by any means necessary, Will finds unexpected support along the way. His old friend Jenny Hansen - daughter of a San Francisco timber baron - is eager to help him for reasons of her own. And so is his estranged brother Ben, who he hasn’t seen in over 10 years.

But running away turns out to be the easy part. On the first full moon after his 18th birthday, Will is stricken by a powerful magic - a devastating curse laid upon his ancestors by the malevolent sangrimancer Aebedel Cowdray. Will must find a way to control the magic that possesses him - or the vengeful warlock’s spirit will destroy everything and everyone he loves.

What listeners say about The Warlock's Curse

The Tedious is back...

Yes I would recommend it to someone who likes to read series that turn into epics.

It was not really an ending, nothing was concluded. It left more questions than it answered.

Yes it was ok, some parts sounded a little too "read".

NO! again just like the first in the series it starts out tedious. The ending comes hard and fast yet does not answer a lot of questions.

I look forward to the 4th in this series. I hope some of the questions will be answered.