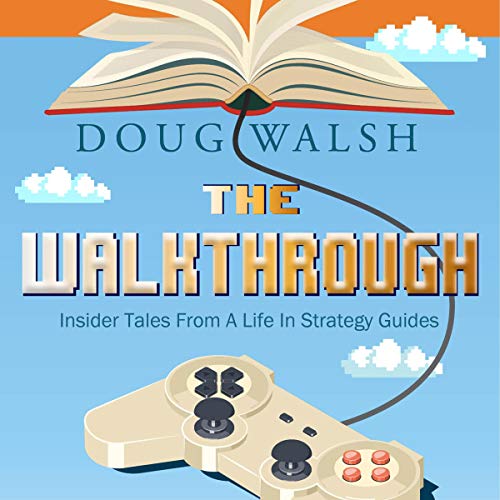 By: Doug Walsh
Narrated by: Jason Arnold
Try for £0.00

The Walkthrough offers a rare peek behind the curtain of the secretive video game industry from an unlikely perspective, that of a career strategy guide writer. For 18 years, Doug Walsh was one of the most prolific authors of officially licensed video game strategy guides. And now he's ready to talk.

One part memoir and one part industry tell-all, The Walkthrough takes players on an entertaining march through gaming’s recent history, from the dawn of the PlayStation to the Xbox 360 and Nintendo Switch. Follow along as Walsh retraces his career and reveals how the books were made, what it was like writing guides to some of the industry’s most celebrated - and derided - titles, and why the biggest publishers of guidebooks are no longer around.

Walsh devotes entire chapters to many of gaming’s most popular franchises, including Tony Hawk’s Pro Skater, Gears of War, and Diablo, among others. From inauspicious beginnings with Daikatana to authoring the books for the entire Bioshock trilogy, with plenty of highs, lows, and Warp Pipes along the way, Walsh delivers a rare treat to 21st century gamers. The Walkthrough is sure to satisfy the curiosity of anyone who grew up with the works of BradyGames and Prima Games sprawled across their laps.

With over 100 books to his credit, and countless weeks spent at many of the most famous studios in North America, he is uniquely qualified to give an insider’s perspective of a little-known niche within the multi-billion-dollar industry.

What listeners say about The Walkthrough

This book felt a little short. I could understand if there just wasn’t that much to say about his career, but he used 40+ footnotes that could have been integrated into the narrative structure of the book. Yeah, it would have required more words, but also could have provided greater context.

Very insightful and filled with a kind of poigniant bitersweetness of an industry that was completely wiped out by the passage of time.

awesome book, wish it was longer!!!

a really nice look at the world of video game strategy guide writing and also a bit of a look behind the scenes of some video game studios. this was a fun read, I highly recommend it!