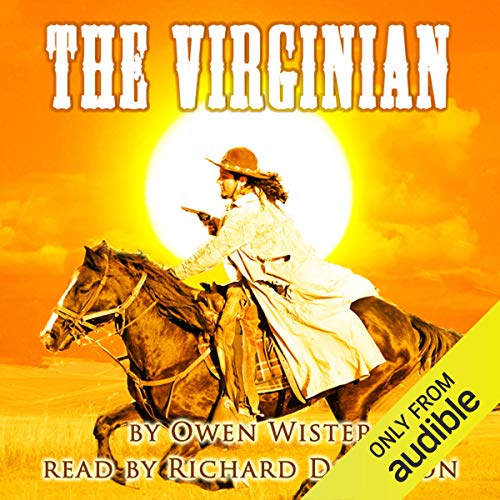 In addition to being one of the first full-length Western novels, Owen Wister's The Virginian still ranks among the most satisfying. Richard Davidson's performance of this classic tale of an honorable cowboy and the woman who loves him captures the outsized personalities that populated the Wyoming frontier at the turn of the century. Davidson summons the particular cadences of good guys as well as villains, Indians as well as refined East Coast schoolteachers. The performer's gilded and self-assured delivery reveals his sizable experience. He has won the Benjamin Franklin Award for Best Audiobook Non-fiction and has performed over 200 audiobooks in his career.

He is the Virginian - the first fully realized cowboy hero in American literature, a near-mythic figure whose idealized image has profoundly influenced our national consciousness. This enduring work of fiction marks the birth of a legend that lives with us still.