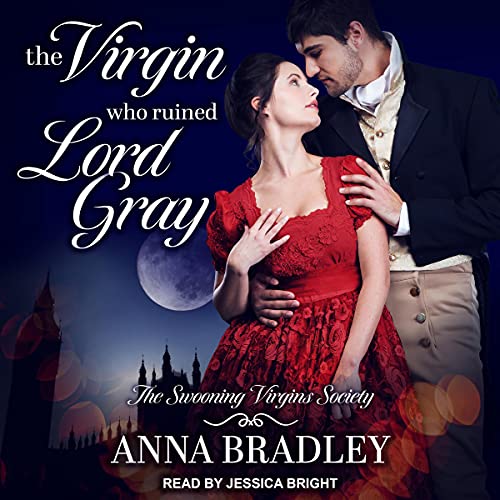 The Virgin Who Ruined Lord Gray

By: Anna Bradley
Narrated by: Jessica Bright
Try for £0.00

Behind the doors of the Clifford Charity School for Wayward Girls there lies a secret society of brilliant, fearless women who are bringing justice to London's most corrupt aristocrats, one nobleman at a time....

Other young ladies might occupy their spare time with drawing or needlework, but Sophia Monmouth spends hers scaling rooftops and shadowing suspicious characters. Her objective: to gain information that will free a friend wrongly accused of murder. She hasn't bargained on being spotted and followed back to the Clifford School by a mysterious earl who holds almost as many secrets as she does.

Tristan Stratford, Lord Gray, earned the nickname the Ghost of Bow Street because no man has ever escaped him. Sophia - all soft curves beneath her disguise - is a unique challenge. Determined to learn the truth about the Clifford School, he joins Sophia in a scheme that leads from Newgate's cells to the pinnacle of power. But when desire is at odds with justice, succumbing to temptation may lead them both into the heart of danger.

What listeners say about The Virgin Who Ruined Lord Gray