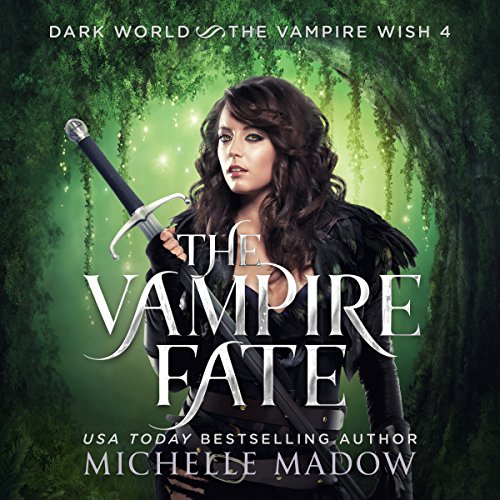 The vampire queen is dead.

Annika shouldn't have been able to kill the vampire queen Laila - such a task can only be done by the Nephilim, whose race is extinct. But somehow, she did kill the queen. Now she's the number one target on multiple hit lists, and she's alive only because she's a fugitive at the neutral kingdom of the Haven.

As if that weren't enough to deal with, the world is in danger, and she's the one prophesied to save it. But she doesn't have to do it alone. When fate brings her and Prince Jacen together again, they team up on a quest to find the only object that can save the world as they know it - the Holy Grail itself.

The adventure continues in the fourth book of The Vampire Wish series, and get ready to brace yourselves, because it's going to be a bumpy ride!

What listeners say about The Vampire Fate