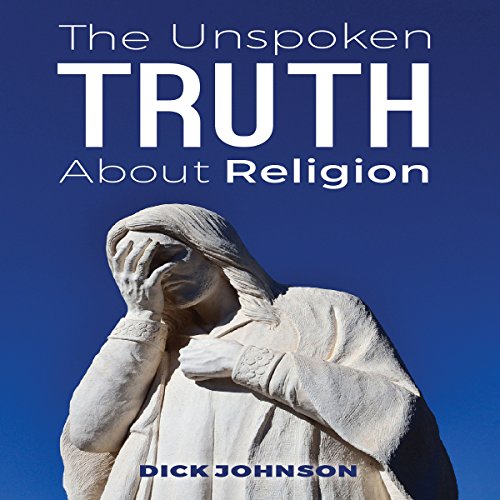 The Unspoken Truth About Religion

By: Dick Johnson
Narrated by: Shawn Zuzek
Try for £0.00

Religion is held to be the source of our values and morality; the impetus behind all things good. Yet it sustains an unparalleled acquaintance with death, destruction, and terrorism. And generation after generation, we fail to acknowledge, much less explore, this glaring incongruity.

Historians have written endlessly on the many origins of religion, and critics have written countless volumes on the immeasurable atrocities committed in its name. But here we are in the 21st century, splicing genes and colliding particles at near the speed of light, and we still don’t have a coherent understanding of why we practice this most enigmatic of human behaviors.

Our technical knowledge which reflects the rational side of human behavior is doubling every couple of years, rapidly increasing the human ability to not just innovate, but to destroy and devastate. Yet our understanding of religion, the only irrational behavior we widely embrace and encourage, has remained virtually unchanged throughout history. The immense significance being that it is our irrational behaviors that have always been, and will always be, the greatest catalyst for human conflict. Only to the extent we understand our emotionally driven behaviors can we mitigate the rapidly growing dangers that naturally accompany our soaring awareness. This book provides the understanding that humanity needs to purge itself of religious conflicts and terrorism the world over.

What listeners say about The Unspoken Truth About Religion