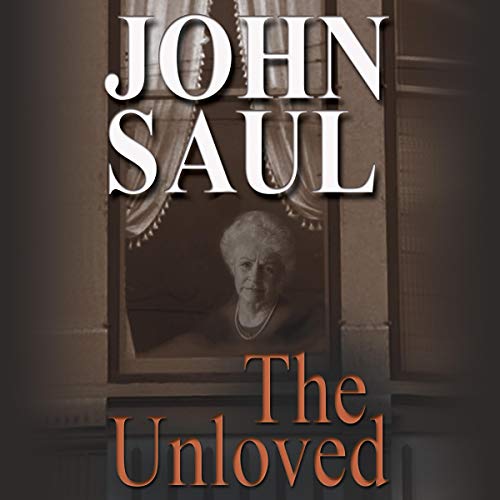 By: John Saul
Narrated by: Emily Sutton-Smith
Try for £0.00

The House: Lush and deceptively tranquil, with its pristine beaches and blossoming vegetation, the island basks in splendid isolation off the South Carolina coast. Here, where sudden storms unleash the murderous rage of wind and sea, stands the Devereaux mansion, a once-great plantation house now crumbling amid ancient oaks dripping with Spanish moss. Here, Marguerite Devereaux, 50 and childless, has cast off her dreams to care for her aged, demanding mother.

The Family: Now, for the first time in 20 years, Kevin Devereaux has returned home to this secluded place with his wife and two children. They have come to visit Kevin's mother - hated, frightening Mother, with her slash of red lipstick, mask of bone-white powder, and a tongue that has always cut to Kevin's heart...and into his darkest nightmares. She said she was ill - but is that the real reason the old woman summoned the son she has not seen in so many years?

The Horror: Suddenly, horribly, Mother dies inside the locked nursery. And now there will be no escape. For now, all the secrets of this once-proud southern family emerge like tortured spirits from the sinister past to wrap their evil around the unsuspecting children. Until, in the shadowed corridors and dust-covered rooms of this decaying old house, they learn the true terror of The Unloved.

What listeners say about The Unloved

I have read several of John Saul's books and this one was my favorite😀 Good from beginning to the end.

Everything about this book from beginning to end was capturing! One of those novels that keeps the reader in a trance making you feel like you're actually living the story!

This book had so much potential and went nowhere! My husband and I love suspenseful books, but this just seemed to drag on and had ridiculous scenarios. I am truly disappointed and will not be getting another John Saul.

Two hours in and all there is...a dysfunctional family in an old house w/a manipulative mother. Uggg I’m getting my credit back.

Exciting every bit of the way. Hard to put down. Kept me on the edge of my seat. I love John Saul's books!

buy it! john Saul is the best horror writer to ever grace this earth, and this is one of his best stories yet, gracefully narrated by wonderful voice actor

great book. loved the narrator. will look for more books with her. xxxx xxxxx xxxxxx

For the most part I enjoyed this story. It's a very eerie tale, and definitely has some creepy and suspenful moments. I gave the story 4 stars because it is also very full of gut wrenching murder and violence. I'm not easily offended by a little descriptive gore, but some of the description given during the deaths in this book were enough to make my stomach wrench. There were several deaths I never saw coming, and wasn't happy hearing about... But overall it was refreshing to be surprised by a story with a cliché ending. This author is definitely one of the best I've listened to on Audible, and I enjoyed the narrator.

I love all of his books. Always a twist at the end and I look forward to more!

John Saul never ceases to amaze me. I absolutely loved this book. A must read/listen.