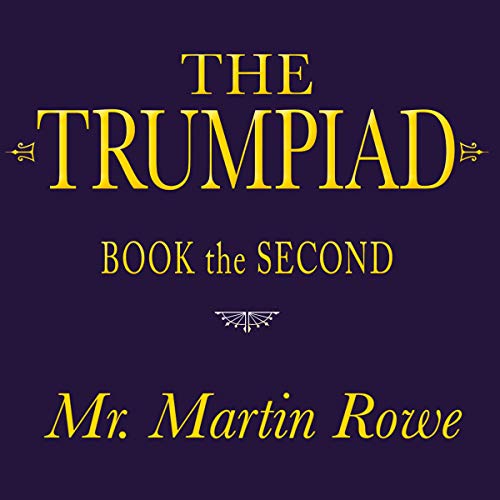 In this audiobook, the second volume of the satirical epic poem The Trumpiad, Martin Rowe plumbs the depths and details the degradations that, with disturbing consistency, characterized the second year of the administration of the 45th president of the US, as they had the first.

From Melania to Stormy Daniels, Vladimir Putin to Kim Jong-un, Robert Mueller to Omarosa, The Trumpiad invades the consciousnesses of the many characters who inhabited or infected the swamp and offers a withering satirical take on the state of our politics.

Written in the style and verse form of Don Juan by Lord Byron, this ongoing epic poem is a cri de coeur, a pungent satire, and a richly allusive jeremiad on the times we live in, as well as a throwback to the mock-heroic epics of Alexander Pope’s Dunciad and Ariosto’s Orlando Furioso.