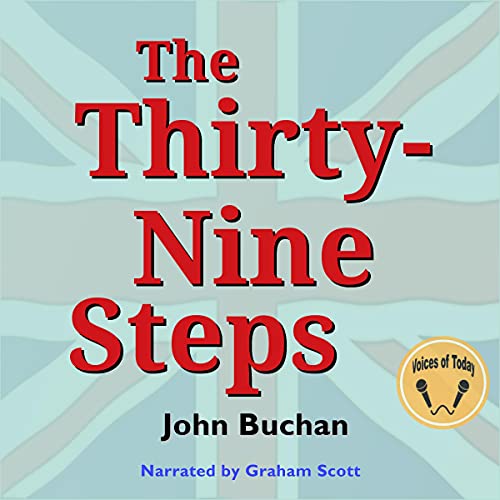 By: John Buchan
Narrated by: Graham Scott
Try for £0.00

The Thirty-Nine Steps
By John Buchan

Richard Hannay, returned colonial mining engineer, is thoroughly bored with life in London, and only a day away from taking the next boat back to the Cape. But then he encounters mysterious American spy Franklin P. Scudder, on the run from foreign agents seeking to prevent him from revealing an assassination plot designed to throw Britain into war with Germany. And when Scudder is murdered in Hannay's flat, Hannay finds himself on the run from both the police and Scudder's enemies - and bound in honour to pursue the dead man's work and save his country from disaster....