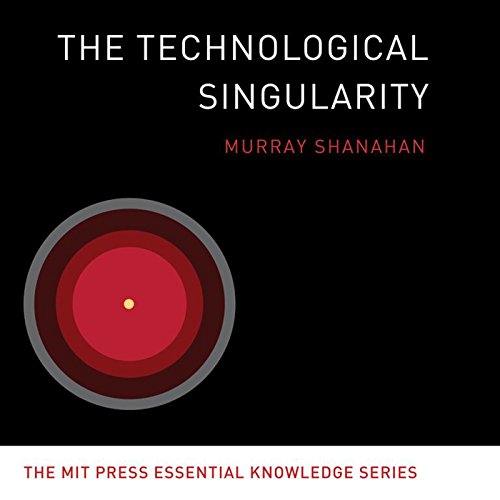 The idea that human history is approaching a "singularity" - that ordinary humans will someday be overtaken by artificially intelligent machines or cognitively enhanced biological intelligence, or both - has moved from the realm of science fiction to serious debate. Some singularity theorists predict that if the field of artificial intelligence (AI) continues to develop at its current dizzying rate, the singularity could come about in the middle of the present century. Murray Shanahan offers an introduction to the idea of the singularity and considers the ramifications of such a potentially seismic event.

Shanahan's aim is not to make predictions but rather to investigate a range of scenarios. Whether we believe that singularity is near or far, likely or impossible, apocalypse or utopia, the very idea raises crucial philosophical and pragmatic questions, forcing us to think seriously about what we want as a species. Shanahan describes technological advances in AI, both biologically inspired and engineered from scratch. Once human-level AI -- theoretically possible, but difficult to accomplish 0- has been achieved, he explains, the transition to superintelligent AI could be very rapid. Shanahan considers what the existence of superintelligent machines could mean for such matters as personhood, responsibility, rights, and identity. Some superhuman AI agents might be created to benefit humankind; some might go rogue. (Is Siri the template, or HAL?) The singularity presents both an existential threat to humanity and an existential opportunity for humanity to transcend its limitations. Shanahan makes it clear that we need to imagine both possibilities if we want to bring about the better outcome.

I learned nothing. This is good for novices who just read the headlines and who also don't sweat the details.

I doubt this book can add to anyone's knowledge

What would have made The Technological Singularity better?

What was most disappointing about Murray Shanahan’s story?

What aspect of Tim Andres Pabon’s performance would you have changed?

Good overview but a bit too brief for me. Does not cover technology as broadly as kurtzweil's singularity book.

This is it in a nuttshell.

Where does The Technological Singularity rank among all the audiobooks you’ve listened to so far?

This is a great overview of the subject of the technological Singularity, Murray does, a great job of explaining the concepts involved.

What other book might you compare The Technological Singularity to and why?

How to create a brain, the Singularity is Near, Super Intelligence.

What about Tim Andres Pabon’s performance did you like?