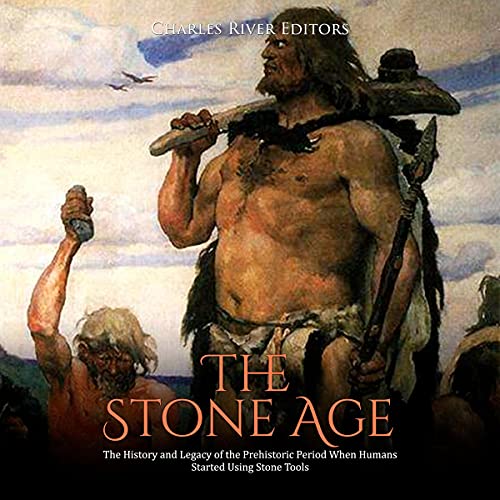 The early history of Earth covers such vast stretches of time that years, centuries, and even millennia become virtually meaningless. Instead, paleontologists and scientists who study geochronology divide time into periods and eras. The current view of science is that Earth is around 4.6 billion years old, but despite all of the scientific advances made in the past few centuries, including an enhanced understanding of Earth’s geological past, relatively little is known about the planet’s early history. In a modern study of prehistoric man, the 21st century mind may struggle with the vast timeline of what we call the Stone Age. Most authorities set the pre-human and human occupation of the planet at three to four million years in the past. From our perch in today’s technological age with its relatively quiet climate, charting the journey of ancient humans to preeminence among Earth’s life forms is an unsettling effort.

Should one pursue a history of the physical planet, the inquiry will track the agitated natural forces that brought pre-humans onto the evolutionary stage. Of the many hominids fighting for life in an ongoing state of planetary upheaval, all but one fell to extinction. The species that survives today has crossed paths with fallen ancestors who lent us elements of their genetic code. As one generation stands on the shoulders of those who came before, so it has been with human evolution, if a flawed species is fortunate enough to survive the process.

As the fossil record expands, dating the early human is conducted within a constant state of flux. Thus, the most common period names for phases of early history must do the same. A linear chronology of human development defies possibility as tribal relevance moves out and back in all directions. Each genetic path requires a return to separate points of origin, and the primary archaeological sites must disentangle disparate genetic biographies taken from the same soil or sediment.

A generally accepted figure for the larger Stone Age featuring the first use of stone tools begins at 3.4 million years in the early Paleolithic Age. In a brief interim period of 2,000 years following the end of the most recent Ice Age, the Mesolithic period serves as a transition to the Neolithic running from 8700 to 2000 BCE. More conservative estimates place the span of the Stone Age at 2.5 million years, ending around 3000 BCE. Modern dating systems are intended to provide approximate conclusions within large epochs, not pinpoint calendar dates, and shifts of opinion are ongoing. Grouped together, the Stone Age phases for the tripartite Stone Age are drawn from the Greek words Palaios (old) and Lithos (stone). The proliferation of sub-categorizations was designed as a method for studying early humans within a more organized set of chronologies. Before such terms came into use in the 18th century, the best available tracing of early man came from the Greek poet Hesiod. His categorization of prehistory followed a scheme through the Golden Age, Silver Age, Bronze Age, Heroic Age, and Iron Age. Such an arrangement is by all appearances more of a reflection of and salute to human mythology gathered by the threads of emerging and past cultures.

Something more scientific was required for scholars of the Enlightenment. The solution was provided by Christian J. Thomsen, a Danish antiquarian who relied on a three-part system of identification. In the larger picture of earth’s pre-history, his sequence of Stone, Bronze, and Iron Ages gained consensus. The Stone Age’s separation into Paleolithic, Mesolithic, and Neolithic brought about a clearer dividing line for epochs where humans began to work with metal.

What listeners say about The Stone Age