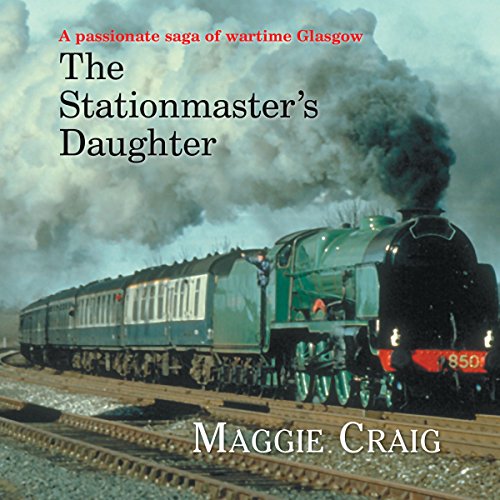 Living in the Stationmaster's cottage at Partick, Carrie Burgess leads a charmed life, cushioned from the world of poverty surrounding it. Her only real problem is her mother, who thinks Ewen Livingstone, the railway labourer Carrie's in love with, a poor catch; Matt Campbell, a clerk, seems a much better prospect.Carrie's father dies suddenly and his wife and daughter are forced to move out of their home.

Money is tight. Carrie ignores her true feelings and marries Matt, only to find that his devoted front conceals a man of violence. When the Second World War starts, everything changes, but Carrie remains sure of one thing: that her heart will always belong to Ewen.

What a storyteller Maggie Craig is - wonderful!

A wonderful, empathetic story about real people, I listened over two days and could not put it down.

scottish woman at their best, not for those that dont get soh or like to understand how scottish woman tick and differ from everyone else. If you don't like the scots steer clear. The twist are great.