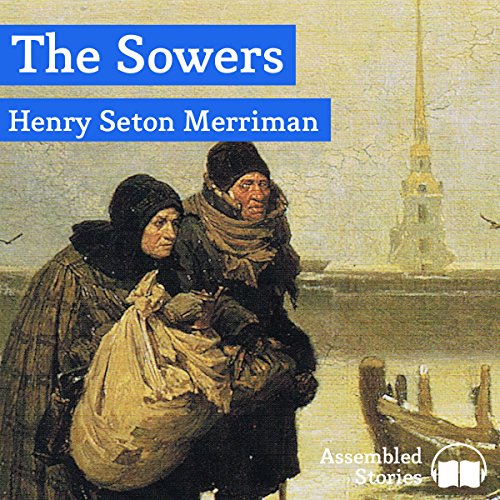 A romantic adventure yarn of plotting and corruption largely set against the panorama of Imperialist Russia but with some of the skullduggery taking place in the major capitals of Europe.

An old Etonian and half Russian, Prince Paul Alexis, inherits the Osterno estate in the Steppes. Naive and honest, but helped by experienced campaigner Steinmetz, he forms a progressive but illegal Charity League to succour the needs of the starving uneducated peasantry who are ravaged by cholera.

When the League is betrayed there are severe consequences for the neighbouring nobility and Paul himself only just escapes a violent death at the hands of his own serfs. Who has betrayed them? Is it Claude de Chauxfille Paul's erstwhile rival in love or is the beautiful Etta, his wife, keeping more secrets than he or Steinmetz can guess?

With intrigue and deception at every turn The Sowers was Merriman's biggest best seller eventually reprinted 30 times.

"No wonder The Sowers was a Victorian bestseller. Set mainly in the Siberia of Imperial Russia, it has love, corruption, betrayal, jealousy, heroic charity, uprisings - and hair-raising sleigh journeys. Prince Paul Alex has inherited the family estate and, fired by compassion for peasants ravaged by starvation and cholera, he forms an illegal charity league and, incognito, he relieves their sufferings. But someone has betrayed the league and death threatens. Peter Joyce's excellent narration conveys the tension without melodrama. I was hooked for all twelve hours. Further review of The Sowers" (Observer)