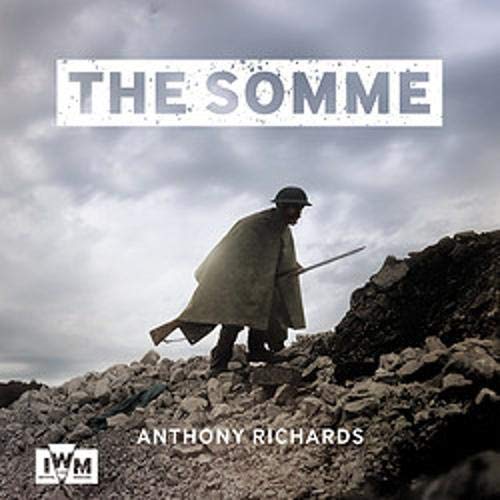 By: Anthony Richards
Narrated by: Gavin Osborn
Try for £0.00

Between 1st July and 18th November 1916 Britain's new volunteer army took the leading role in a battle on the Western Front for the first time.

The Somme offensive was intended to achieve a decisive victory for the British and French Allies over the Germans, yet the Allies failed to achieve all of their objectives and the war was to continue for another two years. More than a million men from both sides became casualties in the long and bitter struggle on the Somme in 1916.

This audiobook tells this story through the unique collections of IWM. Using artefacts, medals, documents, interviews, film, art and photographs, it reconstructs not only the history of the famous battle, but provides an intimate insight into the experiences of those who were there.

What listeners say about The Somme

The Somme is one of the most tragic battles in history. Anthony Richards "The Somme" provides a birds eye view for readers, seen through the eyes of the men who were there. The shortages, the pain, trenches, and tunnel experiences are all there. It's poetic and awe inspiring. The reader is taken to the battle and feels right in the middle of it. One cannot say enough about any Imperial War Museum work. Gavin Osborn narrates to perfection. THANK YOU Audible.