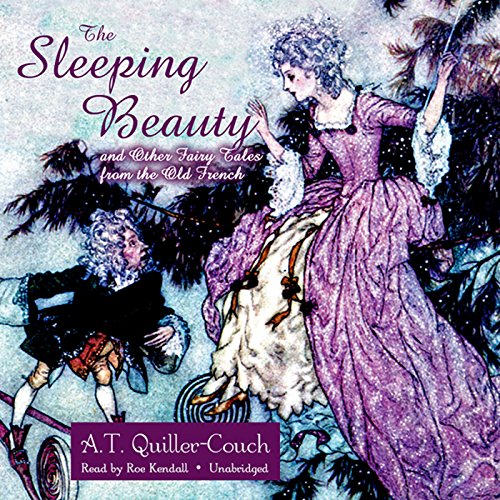 The Sleeping Beauty and Other Fairy Tales from the Old French

By: Arthur Thomas Quiller-Couch
Narrated by: Roe Kendall
Try for £0.00

Quiller-Couch translates four French fairy tales into English, some of which are perennial favorites, witness Disney's animated rendering of Beauty and the Beast or Jean Cocteau's critically acclaimed film version of the tale. (It was written by Mme Gabrielle de Villeneuve, who died in 1755 and lives only by grace of this one of her several original romantic stories.) Other fairy tales included in this compilation are Charles Perrault's (1628-1703) The Sleeping Beauty, Bluebeard, and Cinderella.

Arthur Quiller-Couch had this to say regarding his translation of these tales: "My own share in this volume is, perhaps, less easily defended. I began by translating Perrault's tales, very nearly word for word; because to me his style has always seemed nearly perfect for its purpose; and the essence of 'style' in writing is propriety to its purpose."

Beautiful retelling of the traditional French.

I love fairy tales and I've read my fair share, but even I was delightfully surprised by how beautiful and authentic these versions were. Wonderful performance and translation (I think), great nuances to the stories that really bring them to life. 100% recommend. Great length too for some easy listens if you need a break from novels.

Apart from the tale of Bluebeard, which is frankly dismaying, these classic fairy tales are a nice listen. I would not say they are necessarily geared toward children. Instead, they are simply, stylishly told tales filled with delicate details often left out in modern retellings. The narrator does an excellent job bringing them to life as fairy tales should be read aloud.