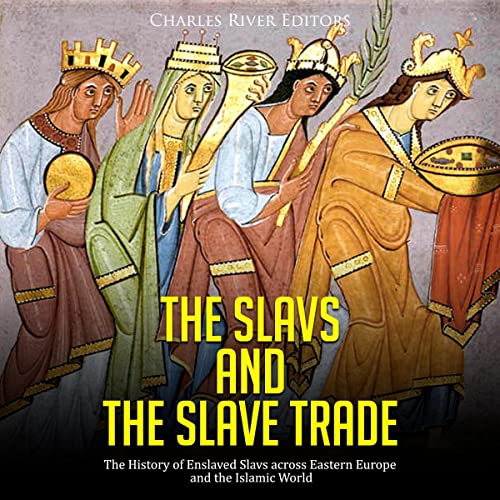 The Slavs and the Slave Trade

The African slave trade is a complex and deeply divisive subject that has had a tendency to evolve according the political requirements of any given age, and is often touchable only with the correct distribution of culpability. It has for many years, therefore, been deemed singularly unpalatable to implicate Africans themselves in the perpetration of the institution, and only in recent years has the large-scale African involvement in both the Atlantic and Indian Ocean slave trades come to be an accepted fact. There can, however, be no doubt that even though large numbers of indigenous Africans were liable, it was European ingenuity and greed that fundamentally drove the industrialization of the Transatlantic slave trade in response to massive new market demands created by their equally ruthless exploitation of the Americas.

Islamic slave traders engaged in a particular form of ethnically-based slavery. Whereas for much of human history slavery was somewhat arbitrary, in its later forms, it often had a discriminatory component, typically based on race, ethnicity, nationality, or religion. This distinction shows how the practitioners of slavery justified the practice in terms of ideology, and Slavic people were discriminated against within the Ottoman Empire. Slavs had lived in the lands of today’s Eastern European region for centuries. Slavic peoples were essentially native to Eurasia and settled in the Black Sea region and other parts of today’s Balkans, Eastern Europe, the Caucasus, and Central Asia.

One of their first major political representatives, however, was the Rus, which founded a settlement near today’s Kiev in Ukraine from the 9th century. Kievan Rus was a major regional power until its demise in the 13th century, after which the mantle of the Rus was eventually taken up by the Grand Duchy of Moscow. The lands making up modern-day Ukraine were contested for much of the following centuries and were the base for a key section of the slave trade. The Rus were recorded trading slaves on the Volga route, from today’s northwestern Russia in the ninth century, with the Muslim world via the Volga River and the Caspian Sea, as well as a separate route via the Dnieper River. Accounts from this period show the use of slaves by the Rus, as well as involvement in the slave trade itself. For instance, Ibn Faḍlān's writing from the early 10th century from Baghdad concerning talks with the King of the Volga Bulghars has been cited by historians as crucial in understanding the Middle East and Slavic regions during this era. Ibn Faḍlān wrote about the importance of slaves in the Rus world.

Indeed, some historians have aligned the term Slav as deriving from descriptions of slaves: “The word 'slave' and its cognates in most modern European languages is itself derived from 'sclavus', meaning 'slav', the ethnic name for the inhabitants of this region.” Some historians have outlined how they believe that Slavic slaves were used intensively in the ninth and 10th centuries and acted as a driver of Western European economic growth and allowed them to “emerge from the Dark Ages”. It is only fair to note that this assertion has been disputed. Separately, other scholars have asserted that Constantinople’s rapid rise to become one of Europe’s largest cities was fueled by a large supply of Slavic slaves.

What listeners say about The Slavs and the Slave Trade