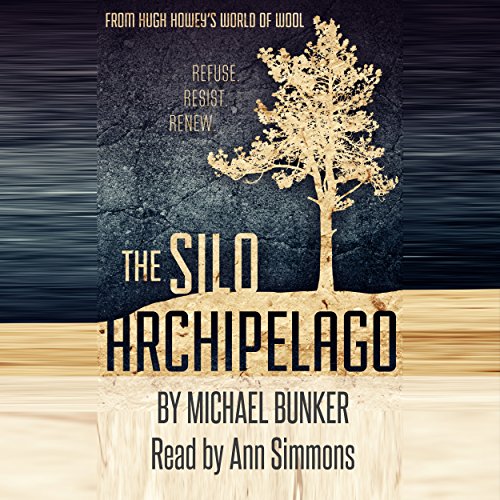 Leah is a picker. Her job is to sift through the refuse and waste of the silo and sort it for recycling. She enjoys making homemade paper and writing stories, but she just happens to live in an underground silo full of mysteries, and in a dystopian world that has been destroyed by mankind.

The two things that she loves to do most in the world are both illegal. After being arrested for illegally producing paper for the distribution of banned materials, she is thrust into the shadowy world of Samizdat - a league of dissident literary rebels who publish illegal books in the silo.

The Silo Archipelago is a thrilling short novel that takes place in the world of Hugh Howey's best-selling WOOL saga. Written with Hugh's permission, The Silo Archipelago examines the issues of control, tyranny, and censorship through the lens of history. Throughout time, dissident writers have used paper and words as weapons of war against both governments and really bad ideas.

The Silo Archipelago, in the spirit of A Day in the Life of Ivan Denisovitch and The Gulag Archipelago, examines what would happen if there were literary dissidents in the silos of Hugh Howey's WOOL.

Most boring voice ever

The woman narrating this sent me to sleep on more than one occasion. I will never buy another book narrated by her.

The story itself seemed like a prologue to something else; no chance to get to know the characters sufficiently to feel anything about their demise.

If you could sum up The Silo Archipelago in three words, what would they be?

Lea, the novel's reluctant heroine, was so very believable thanks to the author's prose, and the narrator's mystical-magical performance.

The scene where Lea falls down the heating duct, and is rescued by Tink.