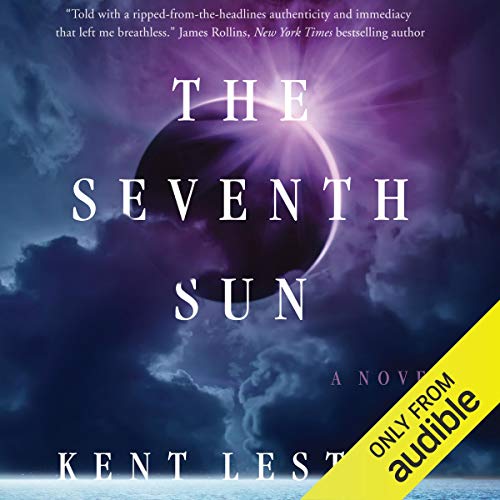 By: Kent Lester
Narrated by: Daniel Thomas May

In a breathtaking debut, Kent Lester has married fast-paced narrative and cutting-edge, reality-based science to produce an edge-of-the-seat thriller in The Seventh Sun.

A seemingly random murder alerts scientist Dan Clifford to a global conspiracy that stretches from the halls of Washington to the Honduran coast. Illegal undersea activities have unwittingly uncovered a primordial secret that is wreaking havoc on aquatic life and the local human population.

When the CDC and the full resources of a US "threat interdiction" team fails to uncover the source of the devastation, Dan and a brilliant marine biologist, Rachel Sullivan, must race to unravel an unimaginable, ancient mystery in the murky depths. It's up to them to stop this terror before a determined multinational corporation triggers a worldwide extinction event - the Seventh Sun of ancient myth.

What listeners say about The Seventh Sun

This book rivals the great works of the big writers of our time. It is a fun adventure that keeps you wondering what will happen next. The author should write more.