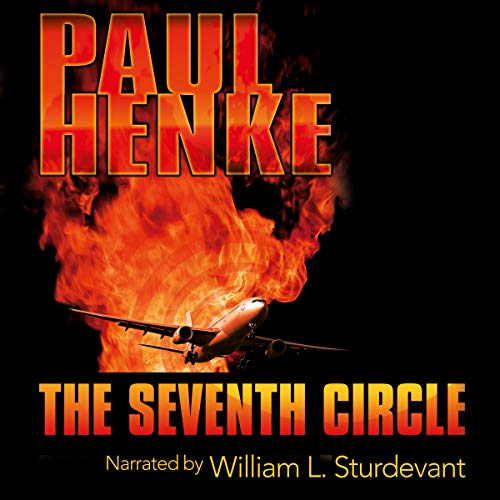 Justice! When Richard Griffiths’ world is turned upside down, he expects the justice system to take action. But the powers that be have another agenda, and Richard finds himself embroiled in the sinister world of terrorists and international politics. Justice is denied him. He has no choice but to take matters into his own hands. His thoughts and actions consume him as his quest for justice turns to a deep rooted desire for revenge.

But soon, the hunter becomes the hunted. The consequences quickly spiral out of control. As action leaps from Europe to the Middle East and then the USA, the pace never slackens. Breaking free of the circle of hatred and retribution will take all Richard’s courage and determination. Will it be enough?

What listeners say about The Seventh Circle

This book keeps you on the edge of your seat. when you think you're in calm seas is when something is really going to happen. I enjoyed the character development in this book politically I think I disagree in large part from the author but he carries his story line through out well.

I enjoyed the narration greatly, the narrator was able to switch back and forth between multiple nationality accents and did so without ever me feeling as though he missed something.

This is definitely a book I would recommend to my husband who is an adventure book reader and would enjoy this even more than I.

This story was alot of fun to listen to

Finished in 2 days as it was so good. Well developed characters and easy to follow storyline. Anyone can dream of being a vigilante, but this story tells you why it is definitely not a good idea to act on it. I especially loved the way the narrator was able to keep me interested in his characters by using a myriad of accents to help me distinguish the different personae. Loved it and can't wait for the next book!