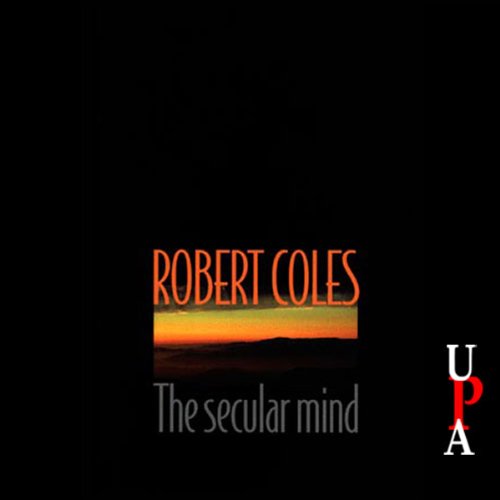 Child psychiatrist and best-selling author Robert Coles offers a profound meditation on how secular culture has settled into the hearts and minds of Americans. This book is a sweeping essay on the shift from religious control over Western society to the scientific dominance of the mind. Interwoven into the story is Cole's personal quest for understanding how the sense of the sacred has stood firm in the lives of individuals - both the famous and everyday people whom he has known - even as they have struggled with doubt.

As a student, Coles questioned Paul Tillich on the meaning of the "secular mind", and his fascination with the perceived opposition between secular and sacred intensified over the years. This book recounts conversations Coles has had with such figures as Anna Freud, Karen Horney, William Carlos Williams, Walker Percy, and Dorothy Day. Their words dramatize the frustration and the joy of living in both the secular and sacred realms. Coles masterfully draws on a variety of literary sources that trace the relationship of the sacred and the secular: the stories of Abraham and Moses, the writings of St. Paul, Augustine, Kierkegaard, Darwin, and Freud, and the fiction of George Eliot, Hardy, Meredith, Flannery O'Connor, and Huxley.

Ever since biblical times, Coles shows us, the relationship between these two realms has thrived on conflict and accomodation. Coles also notes that psychoanalysis was first viewed as a rival to religion in terms of getting a handle on inner truths. He provocatively demonstrates how psychoanalysis has either been incorporated into the thinking of many religious denominations or become a type of religion in itself.

This book is for anyone who has wondered about the fate of the soul and our ability to seek out the sacred in our constantly changing world. The book is published by Princeton University Press.

"A clear-eyed, deeply informed and admirably cool measure of the heritage and impetus of the forces that have guided our daily actions....By now most people know Robert Coles. Or for their own sake they ought to....To read his books...is to make him a lasting friend." ( The New York Times Book Review)
"[T]his is a potent and powerful work readers will think about and return to again and again." ( Publishers Weekly)