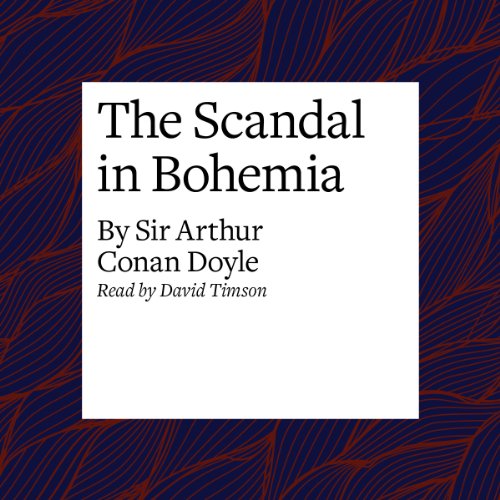 The Scandal in Bohemia

The Scandal in Bohemia

Wilheim Gottsreich Sigismond von Ormstein is the heir to the throne of Bohemia, set to marry a Scandinavian princess. However, he fears that a previous affair with an American opera singer named Irene Adler may come to light and end the prosperous marriage, so he enlists Sherlock Holmes and Dr. Watson to retrieve a photograph of von Ormstein with his former mistress from her possession. With a zippy, quick-witted performance, David Timson turns this Arthur Conan Doyle story into an entertaining romp, filled with dazzling one-liners, adventure, and romance.

This is a story from the The Adventures of Sherlock Holmes II collection.

In this collection are four of the finest cases of Mr. Sherlock Holmes, narrated by his faithful friend and admirer Dr. Watson. What was the mystery of the engineer's thumb? What was behind the disappearance of the race horse? Why did masked royalty walk up to see Holmes in Baker Street? These and other puzzles are solved in this collection by this bloodhound of a genius.

I've heard of Sherlock, but never read of him, and I must say he is a wonderful read. The mystery, suspense, and drama, these are the qualities that make a good book, and I must say this is one of them.