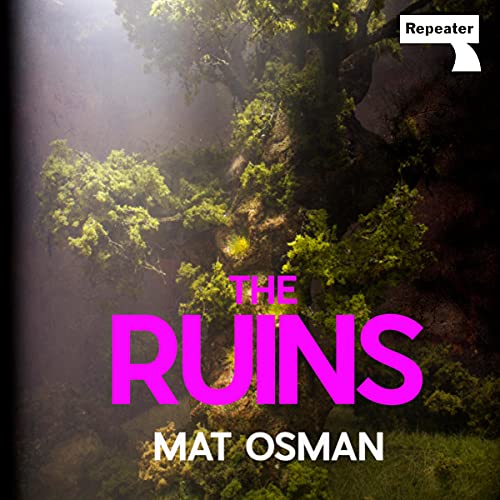 When Adam Kussgarten's twin brother is found gunned down just yards from his flat, Adam is drawn out of his solitary, dream-like life into a neon-lit world of forgery, deceit, and violence.

The Ruins is the story of twin brothers - Adam and Brandon - who haven't spoken for decades, When Brandon is found gunned down just streets from Adam's flat, Brandon's girlfriend enlists Adam to find out what he was doing there and who killed him. Shy, stuttering Adam finds himself caught up in his brother's world of deception, violence, and forgery. As things turn increasingly dark and his entanglements with his brother's family grow, he's faced with a choice of whether to dive deeper into Brandon's world and risk losing himself, or turn his back on his future.

What listeners say about The Ruins