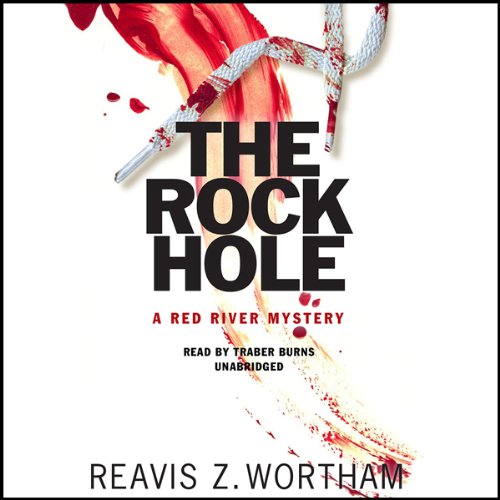 It’s a whole other country out there.

In 1964, when Ned Parker, farmer and part-time constable, is summoned to a cornfield one hot morning to examine the remains of a tortured bird dog, he discovers that there is a dark presence in their quiet community of Center Springs, Texas. Ned is usually confident handling moonshiners, drunks, and instances of domestic dispute. But when it comes to animal atrocities—which then turn to murder—the investigation spins beyond his abilities.

Ned combines forces with John Washington, a well-known black deputy sheriff from nearby Paris, Texas, to track down a disturbed individual who has become a threat to their small community.

As the case takes a dizzying series of twists and brings forth eccentric characters as well as several dead ends, Ned’s cranky friend, Judge O. C. Rains, is forced to contact the FBI. Then, sinister warnings that his family has been targeted by the killer lead Ned to the startling discovery that he knows the murderer very well. After the failed abduction of his precocious grandchildren, Top and Pepper, the old lawman becomes judge and jury to end what has become a murder spree in the Red River bottomlands. And it signals the end of an era in Center Springs.

In bald-headed, pot-bellied Ned Parker, Wortham has created an authentic American hero reminiscent of the best heroes and antiheroes in a story that blends country humor with heart-pounding suspense and ends with a stunning climax that may well shock our civilized sensibilities.

This is a book that you could listen too time and time again. Great character development coupled with a story line that one knew would end badly for someone but not in the way most would have expected. The narration was exceptional and really fit the characters to a tee.

5 Stars on all counts.

"To Kill a Mockingbird" Meets "Longmire"

I suppose I have Longmire on the brain because I have just finished that series (and it was worth every second). Just as in Longmire, I fell in love with these characters pretty quickly, as well as the small town constable's interactions with people he has known all of his life. The relationship between grandpa and Top is charming, and reminiscent of "To Kill a Mockingbird", partly because some of the narrative is told from Top's side, and partly because they're so damned likeable. The author does a nice job of evoking and integrating the tempo, issues, music and views of the early 1960s, and the insidious effects serving in the Vietnam conflict had on the lives of the young men sent there, and the small towns where they returned after they served. The mystery is a good one, with twists and turns, and false starts that mislead the listener. This was altogether worth the read, and I will be buying the next in the series.

THE ROCK HOLE is an usual combination of old time Texas humor and chilling thriller. The year is 1964, and these small communities are mostly segregated by white, black, and American Indians. Ned Parker is the white Constable, who is married to an Indian; best friends with the Black Deputy Sheriff, John Washington; uncle to Cody, a brave Vietnam war veteran; and forever friend of an old codger, Judge O. C.Rains. After a car crash killed his parents, ten year old Top, has come to live with his grandparents. Pepper, Top's ten year old tomboy cousin, spends most of her time at their house also.

Though a Constable, Ned really considers himself a farmer, who from time to time, finds himself dealing with drunks, bootleggers, and fighting families. But a new evil has entered his community. Someone is viciously mutilating animals, and he seems to be escalating his violence. The communities in Texas and near by Oklahoma are affected. The chase is on to catch this person who also seems to have a grudge against Ned and his family.

This story is populated by wonderfully fleshed out characters, with a feeling of story telling that reminds me of TO KILL A MOCKINGBIRD and A TIME TO KILL. The atmospheric descriptions took me right back to the good and bad times of the 1960s. It reads like a combination of small town community, and good old fashioned westerns. Great mystery, but feels like literature at it's finest. Great start to this series!

I wasn't sure what to expect when I got this book. Well, it was absolutely wonderful - excellent mystery, great characters, good development. I can't wait to get the next one and am thrilled this is a series. I also really enjoy Craig Johnson's Walt Longmire series and this book is similar in terms of excellent writing and good plotting. I cannot recommend this book enough.

This book was like going back to the way things were in the 1950's and 1960's that I grew up in, whether we currently agree with those old attitudes or not they were a part of history.
With that said the book was nostalgic of the time, and a lot of memories flooded back as I listened to some of the excerpts from the local diner, and the courthouse, and how the railroad track always seemed to divide the town.
The story is about a long time law man, with two grandchildren, nephew, coworkers, judge and a black deputy.
Some men returned from Vietnam with major sadistic problems, and in this we have a sick, sadistic, killer, that also suffered from growing up in a home with a sick, despicable father.
I enjoyed the memories of the time and memories of the era, but I found my interest in the story was lacking. I thought the plot was very predictable, and I have seen clones of these characters in many other stories.

Do not read this book...listen to it instead!

Perhaps Thomas Wolfe was wrong; you can go home again. At least for eight and one half hours, the time it takes to listen to this story. No, that is not true, the, through memory and emotion, I have revisited a similar time and place for the past several weeks after completing my listen of this book.

Narrated by anyone other than Traber Burns, it might have just been a good story. Those who listen to books know that narration matters. In the same vein as Robin Sachs narrating Jo Nesbo, Will Patton narrating James Lee Burke, and Heathcote Willimans narrating Dante Alighieri, Traber Burns and Reavis Z. Wortham are a perfect match. I have alredy downloaded Burrows, the next book, and I look forward to it with great anticipation.

Loved it. Tells the story and placed will in time I think you will find it worth the time. Besides being a good story I think it will be an eye opener for those that have no idea what segregation was. Might be a little tough on today's sheltered college kids.

i grew up in the Texas of this story. I knew many folks like the characters in this book. It is as authentic as fiction can be. It is a good crime story and you might learn a little history of small town Texas/Oklahoma in the 60s, while being entertained.

THE ROCK HOLE, AN ABSOLUTE GEM! DO NOT PASS IT BY!

What made the experience of listening to The Rock Hole the most enjoyable?

This novel is like a time machine. Taking the listener back to the early sixties, clearly an important and loving time for the author. Yes, it is a work of fiction but, Reavis Wortham wrote a novel that is so delousicly descriptive and a absolute delight to listen too that it's virtually impossible to turn off. The Rock Hole is, in my opinion, one of the best novels I've listen too in a very long time. An absolutely superb narrator only adds to the enjoyment of this novel. Told from the perspective of both an innocent 10 year old child and through the wise old eyes of his seventy year old grandfather/guardian, I felt like I was bringing transported back in time. I laughed , and shed a tear or two for both T.O.P, the young boys nickname and for Mr Ned his grandfather. This novel wraps you up and takes you along on a simple and a fantastic journey to the old south. Wortham is so delightfully descriptive within the pages of The Rock Hole that you half expect to find a stray strand of hay struck somewhere in your hair and the smell of manure wafting past your nose.

This is an absolute diamond. I finished listening to it in one day. I was even disappointed when I had to temporarily pause my listening so I could have my evening meal with my small family. LISTEN to THE ROCK HOLE by REAVIS Z. WORTHAM. It is truely a terrific find. I'm sure you'll love it as much as I did. SIMPLY WONDERFUL.

The innocences of TOP wins you over and draws you deep into his world as a ten year old moving from the city to the real country. You follow along absorbing his grandfathers advice like you were one of the many wonderful charecters in this novel. However, I know that I'll never hunt quail, shoot wild boar or even come close to a real working farm but, for one split second, as I listened, I thought I just might be able too. That's how good this novel is. THANK MR WORTHAM for writing such a terrific story and THANK YOU MR TRABER BURNS for bringing this story to life. I just can't say enough. THANKS AGAIN!!

1964 Rural Texas and a Killer on the Loose

A different time . . . when kids went off fishing and swimming in the river, and hunting for arrowheads . . . carrying their BB guns and pocket knives along with them . . . country cousins were the best of friends . . . and so it was with Top, being raised by his Grandparents, since the death of his parents in a car wreck years earlier, and Pepper, a spitfire tomboy with a mouth like a sailor, who lived a mile down the road with her parents. Their grandpa, Ned Parker is the local constable and a farmer . . . and his regular crime fighting includes catching moonshiners, locking up drunks and responding to domestic disturbances . . . but something a lot more serous in underfoot . . . in a town and a time still marked with racial inequality, the blacks still enter through the back door of the local diner, and the local Indians are a rowdy bunch . . . Ned has a lot of respect for John Washington, the black deputy sheriff from the nearby town, and together they join forces to try to solve the mystery of who has been killing and mutilating the local animals . . . and has now moved on to murdering people . . . and a clue comes from an unexpected source . . . the book is a "must listen" and chock full of old time antidotes . . . I loved the townsfolk, and cracked up with Miss Becky washed Pepper's mouth out with soap . . . there's plenty of action, you figure out who the good folks are, and they overcome the evil in the end . . . that's what makes for an outstanding story . . . this series looks like a winner to me . . .