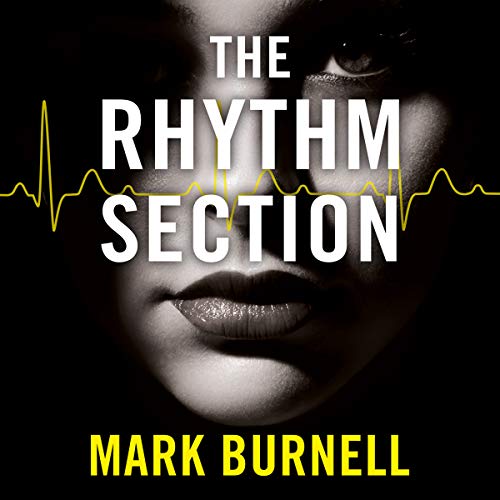 By: Mark Burnell
Narrated by: Elizabeth Knowelden
Try for £0.00

Soon to be a major motion picture, from the producers of the James Bond film series, starring Jude Law and Blake Lively.

She has nothing to lose and only revenge to live for

She thought her life was over....

Stephanie Patrick's life is destroyed by the crash of flight NE027: her family was on board, and there were no survivors.

Devastated, she falls into a world of drugs and prostitution - until the day she discovers that the crash wasn't an accident but an act of terrorism.

Filled with rage, and with nothing left to lose, she joins a covert intelligence organization. But throughout her training and operations she remains focused on one goal above all: revenge.

"One of Britain’s most accomplished thriller writers." (Economist)

What listeners say about The Rhythm Section

A mildly enjoyable piece of escapism. it would make the basis of an all action film in the James Bond mould. Would have benefited from the occasional injection of humour.

Fantastic intrigue even if quite far fetched. Unfortunately the narration is extremely irritating - a breathless whisper throughout with emphasis on wrong words and syllables. I’m opting for the second and subsequent instalments in print instead of audio.