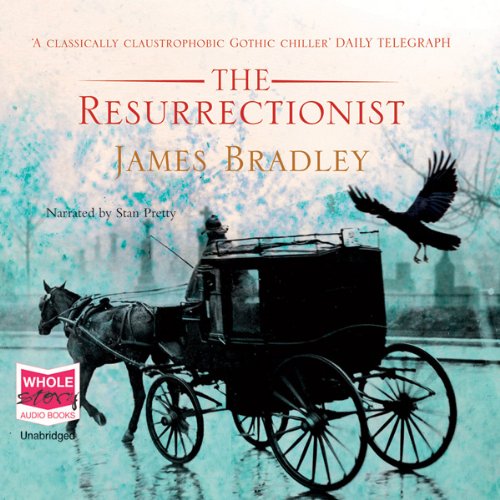 London, 1826. Leaving behind his father's tragic failures, Gabriel Swift arrives to study with Edwin Poll, the greatest of the city's anatomists. It is his chance to find advancement by making a name for himself. But instead he finds himself drawn to his master's nemesis, Lucan, the most powerful of the city's resurrectionists and ruler of its trade in stolen bodies.

Dismissed by Mr. Poll, Gabriel descends into the violence and corruption of London's underworld, a place where everything and everyone is for sale, and where - as Gabriel discovers - the taking of a life is easier than it might seem.

What listeners say about The Resurrectionist

This was chosen by my book reading group , and was not a book I would have normally have picked. I found it hard going in parts and confusing trying to remember the characters. But midway through I started to get into the story and grasped what was happening. I'm glad I finished the book but now looking for a more uplifting read! It's a dark book which goes in detailed descriptions about body snatching, dissection, and death so if you're squeamish this might not be for you. But for something a little different then I'd say give it a go.

I started but I didn't finish. I found the book uninteresting in the extreme. I expected a book about the famous "Resurrectionists" of the 19th Century but if they were there they were too far into the book for me to get to. Accordingly I switched off the iPod and changed to another book.