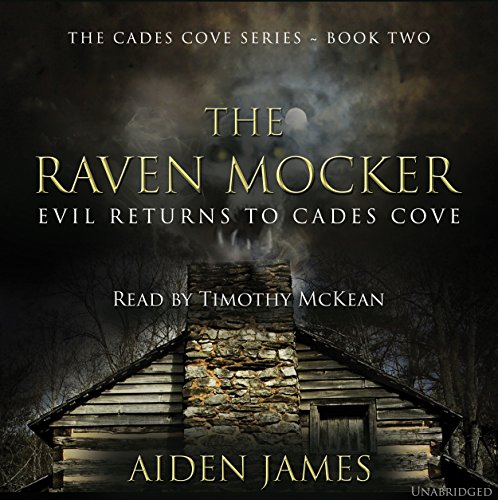 Something evil has awakened beneath a forgotten ravine in the Great Smoky Mountains. After lying in peace for centuries, an ancient deity watches.

David and Miriam Hobbs celebrate their fifteenth anniversary in Gatlinburg, unaware that a violent wraith, Allie Mae, will follow them home on a determined quest for vengeance. Having survived this harrowing experience, David's new friend, John Running Deer, unwittingly aids the desecration of an ancient burial site while recovering Allie Mae's remains from a sacred Cades Cove ravine. What John hoped would be the final gesture of peace in giving her a proper burial turns out to be a terrible mistake. Now something much worse than Allie Mae is on the loose.

Teutates, the ancient Gallic entity unearthed, sets out on a murderous rampage. David is called upon once more to find a way to stop the angry demon before it leaves a trail of bloodshed from Denver to the sacred ancient hills of Tennessee filled with peril.

The narration is pretty poor. Clear and consistent but with no character or empathy for the story line.

This tale of horror did the job for me!

I had to keep listening long after midnight! I suggest you don't listen in the dark. If you love a book that scares you right to your bones; this is the book for you!

Hold on to the seat of your pants!

For starters let me just say that as a general rule of thumb, I'm no fan of spooky stories.

I actually physically read Mr. James first book in this series and enjoyed it immensely. I then took the dive into my first Audible book, Mr. James's book two in the Cade's Cove series The Raven Mocker, read by Timothy McKean.

The story is outstanding! The kind of story that you must keep reading, must know what happens next. Then you have Mr. McKean's voice stepping it up ten notches. The captivatingly smooth voice with just enough emotions, pitches, and great timing!

I would recommend both Aiden James, Author, and The wonderful voice of Timothy McKean!

One of my favorite audiobooks!

What a great experience! I had already read this book, but the story was brought to life in such an entertaining way that I found myself riveted by the tale. The narration was superb and moved smoothly along. This was a top-notch production and I enjoyed every minute of it!

Grips you from the get go!

Would you consider the audio edition of The Raven Mocker: Evil Returns to Cades Cove (Cades Cove Series Book 2) to be better than the print version?

When both husband and wife were willing to sacrifice themselves to let the other live.

Gave me the chills

I would recommend it because it is fast paced, well told and very well written.
I couldn't wait to hear what happened next....and it was never quite what I expected.

Gosh, he did a wonderful job with all of the characters. I really connected with his performances of David and John.

This book made me jump and gasp a couple times. It certainly nailed the creep factor.

I really enjoyed this, it had so many elements I love. Suspense, character development, different PoVs, great scene immersion.

Same as the first one

It was long and drawn out and sounded just like the first story with a few added names. Didn't even finish it.