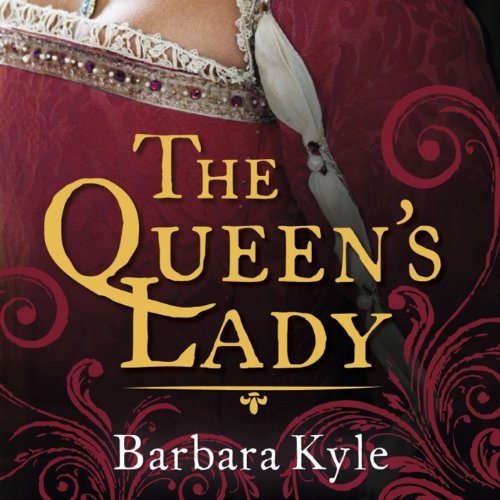 London, 1527. Abducted as a child-heiress, Honor Larke escapes to London seeking justice from the only lawyer she knows: the brilliant Sir Thomas More. With More as her affectionate guardian, Honor grows to womanhood, when the glitter of the royal court lures her to attend Her Majesty, Queen Catherine of Aragon. But life at Henry VIII’s court holds more than artifice for an intelligent observer, and Honor knows how to watch - and when to act.

Angered by the humiliation heaped upon her mistress as Henry cavorts with Anne Boleyn and presses Rome for a divorce, Honor volunteers to carry letters to the Queen’s allies. It’s a risky game, but Honor is sure she’s playing it well - until she’s proved wrong. Richard Thornleigh may cut a dashing figure at court, but Honor isn’t taken in by his reckless charm. Only later does Honor realize that Richard has awakened something within her - and that he, too, has something to hide...

For the King’s actions are merely one knot in a twisted web that stretches across Europe, ensnaring everyone from the lowliest of peasants to the most powerful of nobles. Swept away in a tide of intrigue and danger, the Queen’s lady is about to learn everything: about pride, passion, greed - and the conscience of the King...

What made the experience of listening to The Queen's Lady the most enjoyable?

The narrator had such an expressive voice that it was a joy to keep listening. All the action, romance and terror were evident in her voice and it really drew me in. It was a pleasant surprise to notice that the author was also the narrator!

What other book might you compare The Queen's Lady to and why?

Well since this is the first of a series I would compare it to the one other book in the series I have read (Blood Between Queens). I would also compare it to books by Philippa Gregory or Alison Weir. They are my other favorite writers of Tudor historical fiction and all these authors have a wonderfully descriptive and thrilling way of keeping the reader turning the pages (or continuing to listen in this case).

What does Barbara Kyle bring to the story that you wouldn’t experience if you just read the book?

Her way of bringing feeling and inflection into the character's dialogue. While I know I would love reading the novel as well (and plan on reading the rest of the series) her voice was simply captivating and made it a really enjoyable experience.

The biggest reaction I had was anxiety when the characters were in danger. I found my heart beating faster and my breathing changing when they were in the middle of the action...I just wasn't sure what was going to happen!

When I read Blood Between Queens, the fifth book in the Thornleigh series, I was hooked! Being a huge fan of any novels that take place during Tudor times I was happy to see the well known history shown from the perspective of this fictional yet very real feeling family that have been tangled up in the world of the court since the beginning of Henry VIII's rule. But starting the series on book five brought up just as many questions as were answered. What brought these captivating people into the vicious world of the Tudor court? How had the family rivalry affecting our main heroine come to be? That being said, when I had the opportunity to listen to the audiobook version of the first novel in the series, The Queen's Lady, I jumped at the chance. And, I'm happy to say, I was not disappointed!

The Queen's Lady tells the story of Honor Larke, a young heiress that becomes the ward of Thomas More after a horrific kidnapping and rescue. Under the tutelage of More, Honor grows to become an intelligent and caring young woman, firm in the belief that her guardian can do no wrong. That is until he does...

As a lady-in-waiting to Catherine of Aragon, Honor is astounded to see the great Henry VIII try and thrust his devout and loving wife aside for the brash and grasping Anne Boleyn. Deciding to do all she can for her mistress, Honor begins carrying letters from the Queen to her allies. As she gets deeper and deeper involved, often putting her own life in danger, she begins to question everything she grew up believing, including the teachings of More. Her beliefs are further confounded when she begins working with Richard Thornleigh, a daring and reckless man who at first annoys Honor to no end but ends up winning her heart. As their relationship continues to evolve Honor must decide what is most important to her: the good she can do by continuing her work as a spy or the love and home Richard can provide for her?

Honor is such a wonderful character, full of spunk, bravery and humor. I loved watching her continue to struggle with her political and religious beliefs as well as her complicated love with Richard Thornleigh. I now feel like I have a good bases for the series and cannot wait to read the next three books in the series and any other that come after that.

Save your credits! The storyline of this novel is saccharine sweet and implausible. The character's are flat, the dramatic twists are trite, and there was clearly next to no research done on the time period. The writing is as poor as an archetypal romance novel, but without the hanky-panky that makes wading through painfully bad dialogue and clumsy imagery almost worth it. And one of the main themes of the novel is that Thomas Moore and this girl have some sort of restrained romance. Really? Moore? The man whose love for his wife was so famous that it was a huge joke for the court? The man who would rather die then say it was okay for the king to put aside his wife? Come on!

But even if this novel was a literary masterpiece, the narration would still make it an unbearable listen. This is exactly why authors should never be permitted to narrate their own work. Kyle is clearly a senior citizen narrating the part of a teenage girl, which stretches credulity from the start. And frankly, every time Kyle talks about "the swell of Honor's [the protagonists] breasts," I found it downright creepy. But that's not the main objection. She's simply untrained. Her phrasing is bad, her portrayal of any emotion is blown way out of proportion, and did I mention that it's creepy when she talks about the protagonist's body parts? She puts on this I'm-trying-to-be-sultry voice and talks about Honor's lips feeling so full or how a pearl necklace dangles temptingly between her boobs and it's almost funny. It sounds like what would happen if my grandma was making fun of those phone porn hotlines. I don't know if she didn't feel the need to have a voice coach, or if she just has no talent, but the result is the same. Take my advice, and choose a different book!

love the way the author used fictional character to tell the story . Love the book

Are you kidding me??

This book was extremely difficult to listen to. The story just drags on and on with very little excitement or suspense and almost no romance. It took several weeks for me to finish this. I would get bored and just turn it off in the middle of a chapter and come back to it later on. I'm not a quitter, and I really did want to know where this story was going. I'll tell you where it went. With less than 4 hours left of the book, the main character (who has been involved in the religious struggles of the time throughout the ENTIRE book) completely dismisses all religion as man-made fairy tales created to induce fear and compliance and goes into this long monologue about being her own god. Are you kidding me?? I'm through wasting my time. I will request a refund. After trudging through this boring book, only to be completely disappointed by the author's change in the main character, I seriously doubt that I will be interested in anything else by Barbara Kyle.

Barbara Kyle did a wonderful job of reading this book, she brought the story to life with her different accents and the right amount of emotion (not too much and not too little).The first book in the Thornleigh series (there are 5 of them at present), set during the reignof Henry VIII during the time of his obsession with Anne Boleyn. I mostly like to read about real historical figures (it is fun to be entertained at the same time as learning somehistory). Though this book is based on real historical events, the theme here varied from Catherine of Aragon to the religious conflicts to Thomas More, Anne Boleyn and more. However, the two main protagonist are fictional and I wasn't sure what I would think of that. First introduced to Honor Lark when only 7 years old I was captivated. Thomas More becomes her guardian and so begins her story. Her journey was a pleasure to watch, it was written with feeling and showed the effect the time period had on the people of England under the rule of Henry VIII. She grew into a woman of conviction who took too many risks for what she believed in. This book moved along at a steady pace and I had a hard time stopping, there was a lot going on, mystery, intrigue, romance, conflicts and more.The only reason that I did not jump right into the next book (The Queen's Daughter) was that I didn't have enough credits left at Audible. Once I have that I will definitely continue with this series.

I did not love this book.

What disappointed you about The Queen's Lady?

There was little surprise to this story. I had a hard time listening to the entire book.

Would you ever listen to anything by Barbara Kyle again?

I would doubt it.