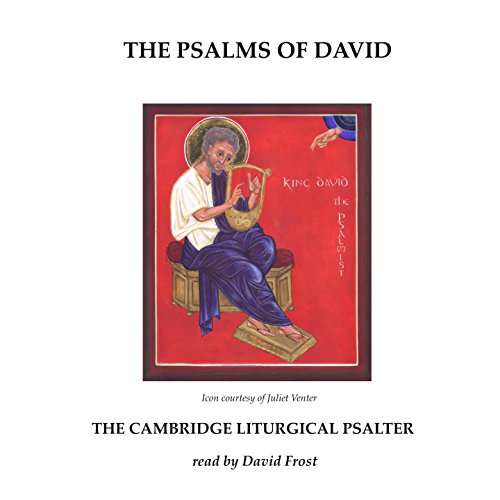 The Psalms of David: The Cambridge Liturgical Psalter

First published in 1976, The Cambridge Liturgical Psalter is a modern English-language version of "The Book of Psalms", prepared for public and private worship by a panel of eight Hebrew specialists drawn from various Christian traditions, working over a period of six years and in collaboration with a single literary scholar who was conversant with the long tradition of translations into English of this ancient Biblical text. It is here read by the maker of the English version, Professor David Frost. Excerpted in a Penguin classic, "The Psalms in English" (1996), as one of only two versions chosen to represent the best of the twentieth century, it went into six national prayer books, was bound up as The Liturgical Psalter in "An Alternative Service Book 1980", and was authorized for use in various Churches world-wide. It remains a version licensed for use in the Church of England. The Cambridge Liturgical Psalter (so re-named to distinguish it from an American Roman Catholic version of the same name which had its imprimatur withdrawn) represents the best modern understanding of what is on occasions a very difficult Hebrew text. It is recognized by Jews and Christians alike as an honest and reliable translation.

What listeners say about The Psalms of David: The Cambridge Liturgical Psalter

A wonderful rendition of Dr. Frost of the timeless treasure of the Psalter. Inspires contemplation, further fosters love of God, addresses the human condition.