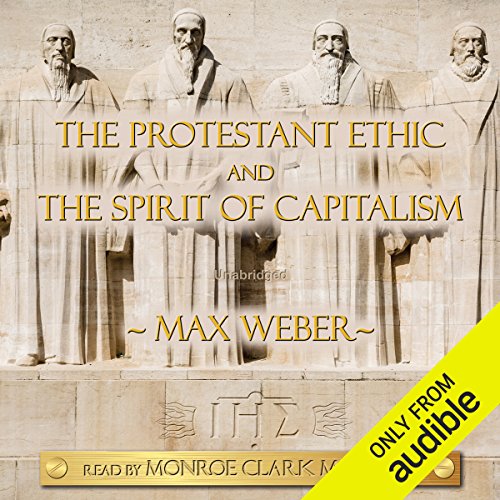 The Protestant Ethic and the Spirit of Capitalism

The Protestant Ethic and the Spirit of Capitalism

Max Weber's best-known and most controversial work, The Protestant Ethic and the Spirit of Capitalism, first published in 1904, remains to this day powerful and fascinating. Weber's highly accessible style is just one of many reasons for his continuing popularity. The book contends that the Protestant ethic made possible and encouraged the development of capitalism in the West. Widely considered as the most informed work ever written on the social effects of advanced capitalism, The Protestant Ethic and the Spirit of Capitalism holds its own as one of the most significant books of the 20th century. The book is one of those rare works of scholarship which no informed citizen can afford to ignore.

This is an academic essay

This is an important book, still very significant today but is not easy for the lay reader to fully comprehend on first listening - for me short listenings, say 30 minutes, every day and re-listening allowed me to grasp and consider what Weber is saying. The narrator assists the reader and does not get in the way, he has a voice that is smooth yet engaging. Keep in mind that the essay was written over 100 years ago.

It is refreshing to read a book by a real scholar. Hey makes very good points very accurately. A must read for any civilized person.