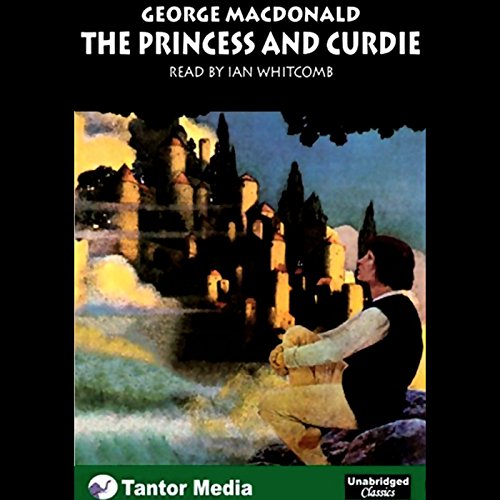 The Princess and Curdie

The Princess and Curdie

In this sequel to The Princess and the Goblin, Curdie has returned to his life as a miner and has dismissed the supernatural happenings of the past, believing them to have been a dream. When Curdie callously wounds a pigeon, his conscience leads him to Princess Irene's mystical great-great-grandmother for help. She has him plunge his hands into a pile of rose petals that burns like fire. Extraordinarily, this grants him the power to see what kind of "animal" a person is at heart.

She then sends him on a quest, accompanied by a peculiar doglike creature named Lina, who was once a human. However, Curdie must resolve his own skepticism before he can use the powers granted to him to defeat the evil that is threatening the future of the kingdom.

This is a Powerful story. It follows on perfectly from the princess and the goblin.
You can see where CS Lewis and Tolkien got some of their inspiration.

George McDonald is now one of our favorites

After listening to The Princess and the Goblin which was a literature requirement in our home school, we wanted to follow the characters on our own so we bought this book. We listened only in the car and my kids ages 5-13 did not want to get our of the car when we arrived at our destinations. We were sad to finish this book.
One of our very favorites.

Would you consider the audio edition of The Princess and Curdie to be better than the print version?

Yes, the audio version comes “alive” in a way that, for me, improves upon the print version.

I've loved this book since I was a child. The tale centers on being honorable, choosing to do right, and learning to have faith in what you believe in--presented in the most delightful Victorian style prose which demands that you think and pay attention to the narrative. I'm sure I will listen to this audiobook at least as many times as I have read the book--which is a great many times indeed.

The Mine is Exhausted

I was completely enthralled by The Princess and the Goblin, so naturally I had to pick up the sequel. This story certainly starts out strong, but about midway through it becomes clear the George MacDonald is getting bored and just going through the motions. The lackluster and surprisingly bitter ending certainly doesn't help matters much. Ian Whitcomb does a good job, but that isn't enough to save this. Overall, unless you are a completionist, I can't recommend this novel.

Good, but not as good as Goblins

It is entirely enjoyable, but as a sequel to The Princess and the Goblins, it is noticeably stodgier. It lacks the fast paced unfolding of the story, with many long detailed digressions into descriptive imagery. However, it is still very rich in narrative detail and good fun to listen to. It is also a bit heavier on the moralism, and consequently less interesting than the Goblins.

My three daughters and I enjoyed the adventure scenes and thought provoking observations on life in The Princess and Curdie, however the ending was quite disappointing. One of the main characters who we came to care about was summarily killed off at the end with no explanation. It seemed to have no point. Also, the author goes on to mention generations after the main characters who save the kingdom, and how those later generations destroyed the kingdom. It ended on a very dismal note, which did not seem to follow from the rest of the book. I don't think we'll read or listen to any more George MacDonald.

Wonderful story full of life and moral lessons. And wonderfully read! A real treasure for any age!

Wonderful story for all ages

Principles of right and wrong are clearly seen in this delightful tale as well as the consequences of evil behavior. Also, the ability to change is seen here, too — as we have a Savior who really saves!

We all really enjoyed listening in the car. Kids ages 12 & 10 enjoyed it. It's not really action packed, but it does keep your attention and George MacDonald is a great writer.