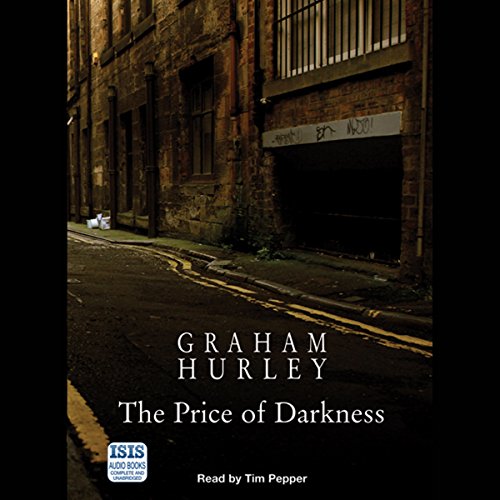 The Price of Darkness

DC Paul Winter has gone undercover in an attempt to infiltrate the inner circle of the city's premier drug lord Bazza McKenzie. Adrift in a world of easy money and brutally hard-won respect, Winter appears to be in his element...worryingly so.

But headquarters' concerns are soon supplanted by two high-profile Portsmouth murders. In the first, a visiting property developer is shot dead. Next, a government minister is assassinated by two motorcyclists. DI Faraday is deeply involved in both enquiries and becomes slowly aware of a web of circumstantial evidence with profound implications for Paul Winter. The relationship between the two men has never been easy. But now the time has come to bury their differences.

"Hurley is one of the great talents of British police procedurals. Every book he delivers is better than the last." ( Independent on Sunday)

What listeners say about The Price of Darkness

Its just a shame that Audible have not got more of the Joe Fraraday series to download. If you like your modern dective thrillers to have a gritty realism, a supurb cast of colourful characters and a good story line to keep you hooked then look no futher a really enjoyable listen. If you like Rebus, Morse, Frost then you will be pleased with another addition to the modern detective. The narrator Tim Pepper is perfect for creating the ambience and has a wide range of voices that make the whole experience a treat.

I am biased because I come from Portsmouth (Pompey) but haven’t lived there for a long time, so I enjoyed hearing about St. James’ hospital, Tipner and various places and street names I know so well.

The narrator however frequently sounded to me like he had not read the book often enough as preparation, indeed frequently it sounded as if he was seeing the words for the first time. Every now again he really nailed the Pompey accent whilst other times he failed.

I liked the fact that there were some loose ends left untied at the end and it didn’t feel like it was just to help with a sequel.

This is my first book by Graham Hurley, but I’ll try another. My choice would be made much easier if this narrator could rehearse a bit more or if the producer would be a little less reluctant to insist on another take in order to get it just right. I must admit however that I have never narrated a book myself!

What made the experience of listening to The Price of Darkness the most enjoyable?

The story being complex.

What other book might you compare The Price of Darkness to, and why?

What does Tim Pepper bring to the story that you wouldn’t experience if you had only read the book?

A bit frustrated when going between one person and the next with no pause.

Too long, slow, and boring unfortunately. Not up to usual standard. Narrator good but overall, delivery and story somnambulant.