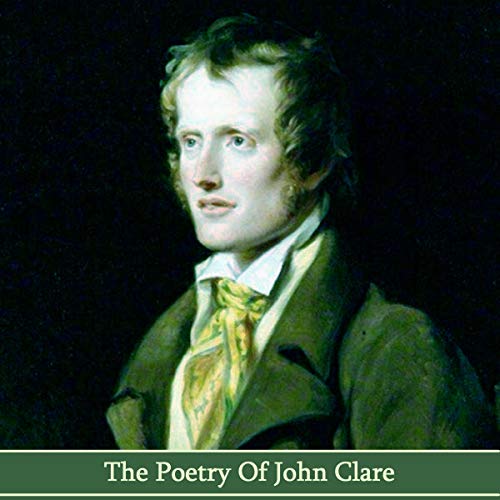 The Poetry of John Clare

John Clare was born on 13th July, 1793 in Helpston, a few miles north of Peterborough.

Schooled only until the age of 12, his early career was that of agricultural labourer, pot boy, gardener and lime burner. His early life of hardship and frequent malnutrition led to his diminutive stature of five feet and contributed to his later health problems.

In 1820 his first poems were published and began to earn him a reputation as the 'Northamptonshire Peasant Poet'.

His poetry sold well, but only occasionally did that and other incomes keep his head above water. Married, with seven children, the burden was huge and demanding. Frequently penniless, his health began to dissolve.

He last published in 1835, and by 1837, with his drinking out of control and his mental state shredded, he entered a mental institution. He was to reside in such unhappy places until his death.

He died aged 71 on 20th May 1864. His remains were returned to Helpston for burial in St Botolph’s churchyard.

Today he is considered one of the greatest of English poets. His lyrical works on nature and the countryside earn him this just praise.

This volume comes to you from Portable Poetry, a specialised imprint from Deadtree Publishing. Our range is large and growing and covers single poets, themes, and many compilations.

What listeners say about The Poetry of John Clare

If you love poetry, you should listen to these wonderful poems by 19th century English poet John Clare. Movingly presented by the readers.