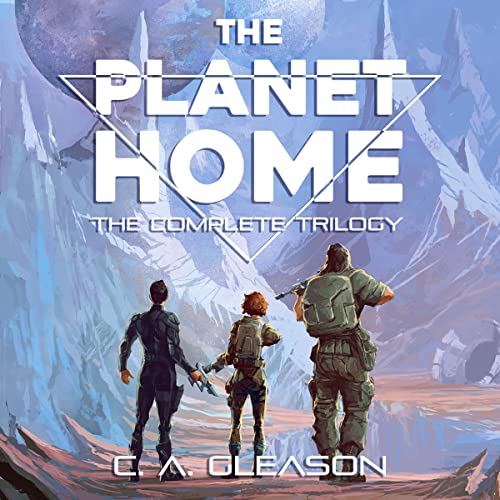 The Planet Home: The Complete Trilogy

Centuries after a mysterious war ended, and with their only food source disappearing, survivors Royah, Buddy, and the giant of a man known as Onnin embark on a seemingly impossible quest to prevent humanity’s extinction.

They must learn what was behind the devastation on the war-scorched planet they call Home and why their ancestors were sent there in the first place. Yet their journey is no simple task, as many dangerous enemies want them to fail, while others want to murder them for the limited supplies they carry.

Trigger-happy savages, madmen, and worse litter the landscape, but the journeying survivors will be tested to their very limits when they cross paths with the most lethal of them all: a powerful leader building an undefeated army.

Overcoming this enemy will be especially challenging for Onnin, who has used his unnatural strength to best every adversary he’s ever faced. But his long shadow hides a dark past that is destined to catch up with Onnin in ways that none of them ever expected, altering not only their quest, but also Planet Home forever.

What listeners say about The Planet Home: The Complete Trilogy