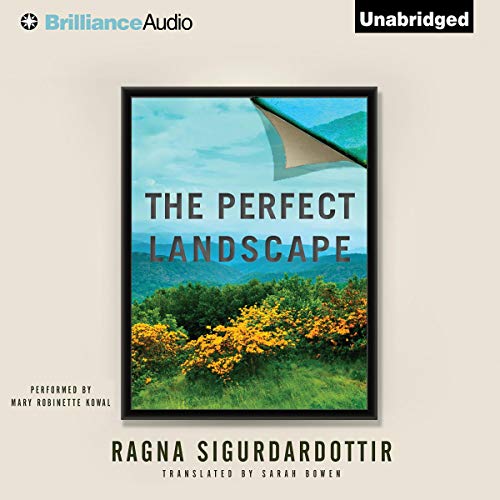 By: Ragna Sigurdardottir
Narrated by: Mary Robinette Kowal
Try for £0.00

After building a career in the galleries and museums of Amsterdam, art theorist Hanna has returned to Iceland to what she hopes will be a posh new job. Though small, the museum in Reykjavik has a sterling reputation - one sure to be burnished by a valuable piece donated by a wealthy patron. Painted by Iceland’s most beloved 20th-century artist, the acquisition is poised to become the jewel of the museum’s collection - until a conservator announces it’s a fake.

Determined to preserve the museum’s reputation and bolster her own, Hanna delves deep into the shadowy world of art forgery, where she will discover an unexpected truth framed by a half-century of lies.

What listeners say about The Perfect Landscape

A meandering story about Fine Art

I wouldn't recommend this book unless my friend was really interested in art and art galleries. I felt that not a lot happened in the novel, characters were not developed well and the plot, when evident, jumped about a lot. I bought this book because it is by an Icelandic writer. Maybe I was expecting a different type of book.

I felt the ending was a bit lame. The 'love interest' which was hardly there anyway just fizzled out.
I think this book is a 'rites of passage' for middle aged women. If so it definitely had the wrong ending.

Have you listened to any of Mary Robinette Kowal’s other performances? How does this one compare?

I haven't heard this reader before. She reads well and does numerous different voices with conviction. I guess she isn't British as she read a couple of words wrongly. I remember particularly the word 'plait' which she read as 'plate' which confused me somewhat for a minute. 'She wore her hair in a long blonde plate!'

Could you see The Perfect Landscape being made into a movie or a TV series? Who would the stars be?

I don't think this story is dramatic enough for TV or film. THere are too many locations and flashbacks too.

I enjoyed this story about a woman working in her native Iceland as a director at a local museum annex. It has aspects of a mystery but is more of a window into a different world experience. The story is heavy on the internal thoughts of the main character as she maintains a placid exterior and finds her way in a new job. The depiction of Iceland, Russia and the world of fine art collecting is all fascinating.

The narration is good. The Icelandic names and place names were very complicated. Having the narrator helped me get through them with at least a chance at the correct sound. If I had read the book I would have been guessing and probably making up pronunciations as I went along! So it was a help.

Recommended if you are interested in art, art history, some suspense, and a visit to a very different part of the world. Engaging and thoughtful. Glad I gave it a try.