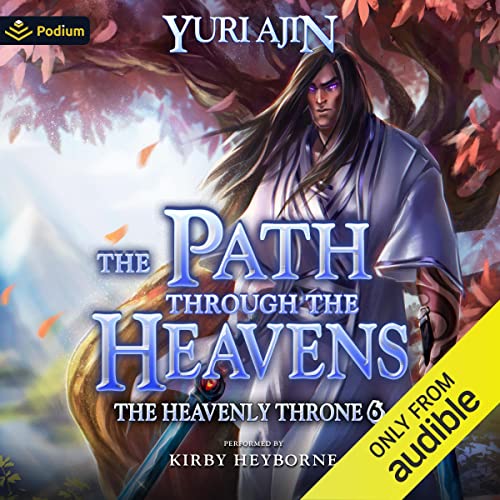 The Path Through the Heavens

By: Yuri Ajin
Narrated by: Kirby Heyborne
Try for £0.00

The light of Heaven will guide you to a place of great power. Listen to the flow of energy in your body and the echo of Forces in your soul, and they will lead you even in darkness.

The closer one gets to Heaven, the cruel and harsher the worlds and their inhabitants become. But Kai was never the type that gives up easily. He broke free from his shackles, healed all his wounds, and traveled far from the city of slaves in which fate had tossed him as if to test his skill and will.

After a successful and very cunning scheme, Kai and his team reached the Cloud Abode. There, they’ll have to either prove their worth as cultivators or perish.

But their troubles won’t end there. The Cloud Abode is no place for those weak in spirit or strength. Power and skill are everything to those who got this far and they won’t tolerate cowardice or weakness.

In this merciless world, in this kingdom of warriors, all that matters is your strength...and level of cultivation.

What listeners say about The Path Through the Heavens

just a great book. so entertaining. great narration. amazing foresight in the story, love it.

its was a good book

so kinda disappointed with the book as a whole, mc makes very little progress at all. wins the top in the tournament but receives coppers compared to what should have been his prize. not sure if ill continue with the next book, what with the little progress the mc is making, and the unfavorable plots being thrown in.

Well written, well read, and well received. I can't wait for the next in the series!