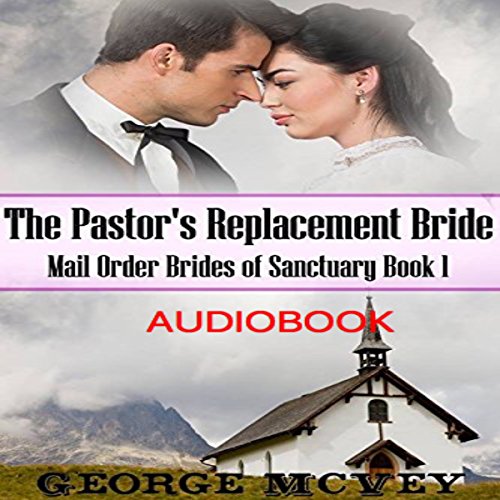 When the daughters, sisters, and mothers of several men from town approach the Pastor Joshua for his blessing on a church endorsed mail order bride scheme the frazzled Minister sees a way to stop all the advances of the mayor’s daughter. He slips his own letter into the packet before it is mailed out to the churches in Richmond, Philadelphia, and Chicago seeking his own bride. When the stage arrives with the brides, Joshua finds his didn’t make the trip. However, his heart has chosen another, his intended’s best friend. Can he help her overcome her guilt at stealing her friend's beau, or are they destined for heartache? Can he truly prove he loves her and make her The Pastor’s Replacement Bride?

In Chicago, Hattie Long is about to end her indentured service as a cook's helper in one of the upscale brothels in Chi town. The gangster who owns the brothel informs her that when her service is up he will take her under his wing and show her how to please his customers and make her his star attraction. Her pastor's daughter tells her about a group of women going West to become mail order brides, including herself. They arrange for her to join them. But on the day of departure Hattie’s friend is struck down with scarlet fever. When the brides arrive in Sanctuary her friend’s beau, Pastor Joshua Bryce, decides to court her to escape a forced marriage by the deacons. Soon trouble follows and Hattie has to escape her past. Can she finally find her happily ever after as The Pastor’s Replacement Bride?

Made me ugly cry and laugh!

I first want to say I am a pastors wife. This story hit home!! Then characters are great and of course the love story is adorable! I laughed with these characters and I cried! This book reminded me the blessing of being a pastors wife and what it really take to be one! Will listen to again!!!!!!

This was a delightful tale of a mail order bride mix-up that turned out to be exactly as it should have. I loved Hattie and Pastor Joshua. Their integrity and growing love was so fun to watch. I enjoyed how they looked to God to help solve their dilemmas. The narrator did an excellent job of giving each character their unique voice in the story. The story ends with a couple of secondary characters in need of their own story. I look forward to reading or listening to more from this author.

Loved it! Good christian romance with a bit of suspense... and about family and friends! To the narrator...... good job!!