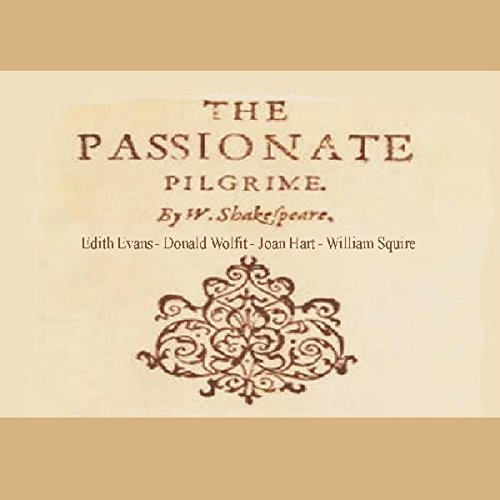 The Passionate Pilgrim was an anthology of 20 poems attributed to William Shakespeare - but which present-day scholars think just five were actually written by the Bard. Here, the most popular four poems, 'The Passionate Pilgrim', 'Sonnets to Sundry Notes of Music', 'A Lover's Complaint', and 'The Phoenix and The Turtle' are read by Edith Evans, Donald Wolfit, Joan Hart, and William Squire.

What listeners say about The Passionate Pilgrim

There are sections of this audio that are INAUDIBLE! Clearly a straight recording from vinyl record to digital, with all the scratches and skips and fluctuations in volume, which means that some passages are completely destroyed! What makes Shakespeare great is the words! SO if you can't hear them, then the audio version is pointless. So disappointed as the readers are actually quite good when you can hear them. The problem is that you have to listen to the entire recording as teh problems are intermittent.