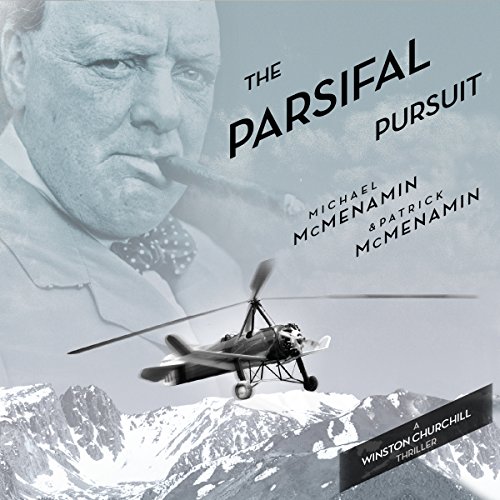 By the spring of 1931, a conspiracy is underway in Germany to assassinate President Hindenburg and restore the Kaiser's son to the throne, threatening the peace of Europe. At the behest of her godfather, Winston Churchill, the adventurous journalist Mattie McGary, a rising star in William Randolph Hearst's press empire, and her lover, Bourke Cockran, Jr., a New York law school professor and former army counterintelligence agent, get involved.

A brutal struggle opposes the old Germany and the new - the reactionary industrialists backing Kaiser Wilhelm II versus the racist radicals behind the Nazis and their leader, Adolf Hitler. Winston Churchill is drawn into the fray.

An epic quest to recover an ancient Christian artifact, the Spear of Destiny, is underway! The spear was used by Roman centurion Longinus to pierce the side of Christ to end His suffering on the cross. But the spear - long on display at Vienna's Hofburg Museum - is suddenly missing. Hitler wants it every bit as much as the Kaiser and Winston Churchill.

Mattie travels to the Austrian Alps on a danger-filled search for the spear. When Cockran joins her, both their lives and their romance are in jeopardy because of the handsome and mysterious leader of her expedition who saves her life and seeks to seduce her. Will she find the spear and retain Cockran's love?

What listeners say about The Parsifal Pursuit (Winston Churchill Thrillers)