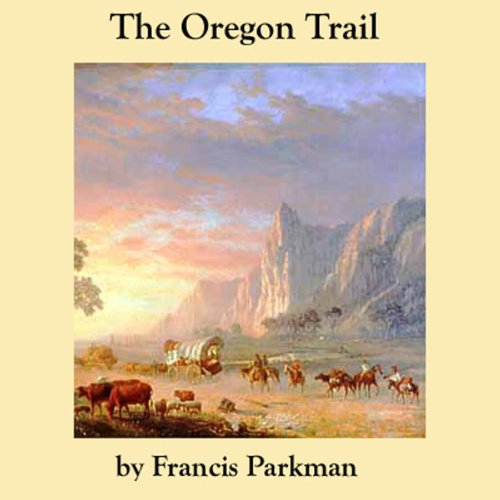 Francis Parkman has been hailed as one of America's first great historians and as a master of narrative history. His work has been praised by historians who have published essays in new editions of his work, including Pulitzer Prize winners C. Vann Woodward, Allan Nevins and Samuel Eliot Morison. Numerous translations have spread the books around the world. Be forewarned that Parkman was a man of his time and he does little to hide his prejudices, especially against Native Americans.
Public Domain (P)1986 Jimcin Recordings

can't even get into it, sounds like I'm listening to a computer... credit back please!

I expected a narrative of pioneers coming from the midwest to the west, but the narrative goes all over the plains, the platte valley and the rockies and leaves the reader wondering where they are at times. This book is not about going to oregon via the oregon trail. I would have looked for something else.

I thougt it was supposed to be about life traveling in wagon trains on the Oregon trail. There was very little about wagon trains. The book is mostly about mountain men traveling with the indians. And ALOT about killing buffalo. It was like the Buffalo holocaust. Every 5 minutes they were killing everything in sight.

3 of 11 people found this review helpful