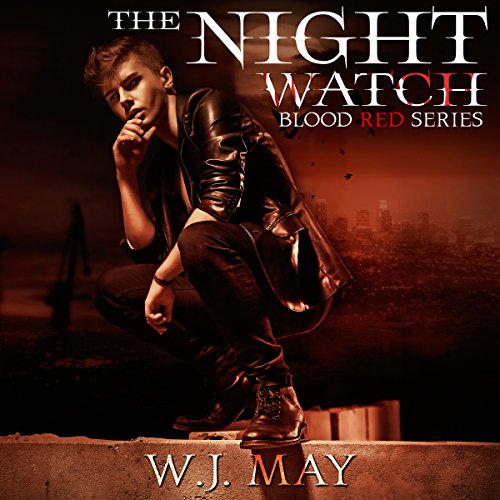 What if courage was your only option?

Having been forced into a new world, Kallie find herself surrounded by vampires. With her father being the victim of continued brutal attacks by his own kind, she's desperate for help.

Liam, the city's top detective, and a Blue Blood refuses, the situation officially out of his hands and not his problem.

A Red Blood vampire, Caleb, steps up and has sworn to protect her, but is ineffective at stopping the violence of his people.

When the raging feud between the Red Bloods and Blue Bloods spills into her home, Kallie is forced in the middle of it. Torn between love and family loyalty, she must find the courage to fight what she fears the most and risk everything, even if it means losing herself in the process.

What listeners say about The Night Watch

This is a good short series that has a different take on vampires. A nice easy read.
Only issue is that I don't see why the author didn't compress these into slightly longer books. I don't mind short stories, but as it's a series it could have made one or two books due to haw short some are.


Red, Blue, human, vampire..... She needs help to save her father, but who will help? Which handsome vampire can she trust? Is she thinking with her heart, or her head? A secret from the past has the ability to change everything. Kallie finally gets some answers . Can't wait to start the next book

Allow yourself to be drawn in to the 2nd book in this series. Great storytelling leaves you needing to know what happens next. Kallie gets closer to finding out the truth of what's behind the reds versus blues vampire story and decides that she must be turned to save her father and herself. Who can she trust? And now she seems to be something all together different... a purple... a melding of blue blood and red blood vampire. Highly recommend!

This is been ok 2 in the series. I am getting more Intrigued with the story line. I need to know more about Liam, Cali and Caleb.

Love the series so far!

I loved the book. The narrator sounded whiny to me so it was slightly annoying to listen to.