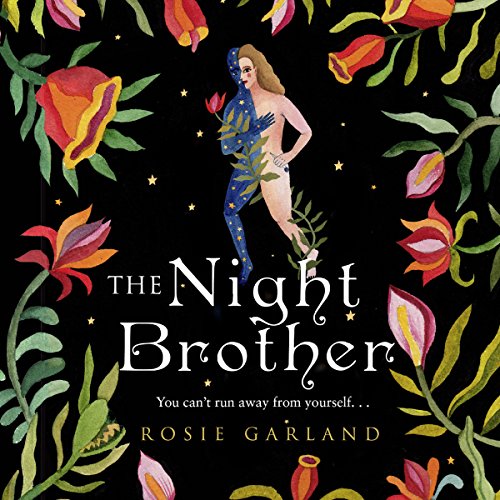 From the author of The Palace of Curiosities and Vixen comes a bold new novel exploring questions of identity, sexual equality and how well we really know ourselves. Perfect for fans of Angela Carter, Sarah Waters and Erin Morgenstern.

Rich are the delights of late 19th-century Manchester for young siblings Edie and Gnome. They bicker, banter, shout and scream their way through the city's streets, embracing its charms and dangers. But as the pair grow up, it is Gnome who revels in the nighttime while Edie wakes exhausted each morning, unable to quell a sickening sense of unease, with only a dim memory of the dark hours.

Confused and frustrated at living a half life, she decides to take control, distancing herself from Gnome once and for all. But can she ever be free from someone who knows her better than she knows herself?

A dazzling and provocative novel of adventure and belonging, The Night Brother lures us to the furthermost boundaries of sexual and gender identity. With echoes of Orlando and Jekyll & Hyde, this is a story about the vital importance of being honest with yourself. Every part of yourself. After all, no one likes to be kept in the dark.

Praise for The Night Brother:
"Rosie Garland writes in a tumble of poetry, desire and passion, as intriguing and delicious as the story she tells." (Stella Duffy)

Praise for The Palace of Curiosities:
"Garland's lush prose is always a pleasure." (The Guardian)
"A jewel-box of a novel...Garland is a real literary talent: definitely an author to watch." (Sarah Waters)
"An alternately brutal and beautiful story about love and belonging in a vividly conveyed underworld, rich in carny phantasmagoria and lyrical romance.' (Metro)
"Bewitching." (Good Housekeeping)
"Reminds me of Angela Carter." (Jenni Murray)

What listeners say about The Night Brother

Maybe the last few chapters turn it all around.

I didn't get past chapter 13, the misogynistic narrative was unsurpassable for me. Perhaps in the chapters I missed Gnome's behaviour and abuse of Edie was acknowledged, but after listening to the last chapter it doesn't seem like it was. Gnome is almost a caricature of male entitlement. The book was advertised as pushing the limits of gender and sexuality, but as an LGBT person I actually found the characterisation of the characters and the treatment of Edie/Gnome's condition to be simplistic at best and grossly offensive at worst.

On the upside, the performance was spectacular and the language wonderful.

The intricacy and beauty of this novel is addictive. I listened in every spare moment and even planned long car journeys just so I could listen at length undisturbed!
I might leave it one day before I start all over again #theworldneedsmoreabigails