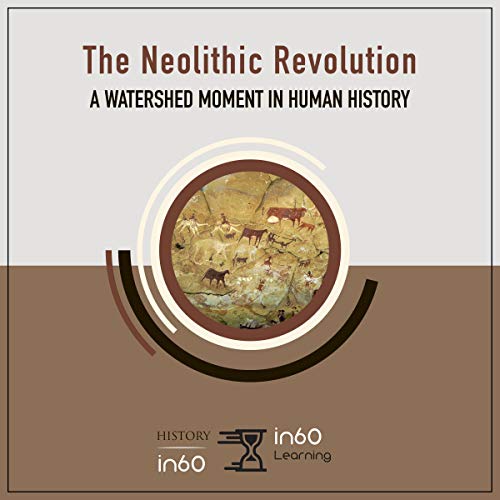 By: in60Learning
Narrated by: Alexander Doddy

Get smarter in just 60 minutes with in60Learning. Concise and elegantly written nonfiction audiobooks help you learn the core subject matter in 20 percent of the time that it takes to read a typical book. Life is short, so explore a multitude of fascinating historical, biographical, scientific, political, and financial topics in only an hour each.

The shift from the Paleolithic to Neolithic periods represents a watershed moment in human history. While many may consider the humans of both stone ages to be unintelligent barbarians, this brief history proves that the humans of yesteryear were just as smart as we are today. Between 10,000 BC and 2,000 BC, they instituted revolutionary changes in human life. All over the globe, formerly nomadic people began settling into villages, farming, and creating high-tech stone inventions. Thanks to new research tools, exciting discoveries are popping up all over the world, revealing more about the mysterious early humans behind such wonders as Stonehenge.

What listeners say about The Neolithic Revolution

wish it was longer

I wanted a good introductory book to archaeology and this was perfect. I also love the in60 concept and will be listening to more of their work

Enjoyed it a lot. I had wanted a good introduction to the subject and this book delivered.

I found this to be informative and entertaining.I even learned a few things!Alexander Doddy was a fine narrator.I was given this book by the narrator,author or publisher free for an honest review.