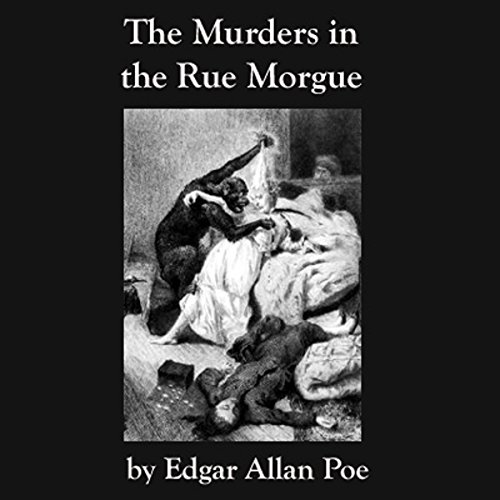 The Murders in the Rue Morgue

The Murders in the Rue Morgue

The Murders in the Rue Morgue was first published in Graham's Magazine in 1841. Today, it is considered by many as the first detective story. Poe referred to it as one of his "tales of ratiocination". C. Auguste Dupin is a Frenchman who decides to solve the mysterious brutal murder of two women in Paris. Numerous witnesses are quoted in the newspaper as having heard a suspect, though the witnesses each think it was a different language. As the first true detective in fiction, the Dupin character established many literary devices which would be used in future fictional detectives including Sherlock Holmes and Hercule Poirot. Two such devices are a personal friend who serves as narrator, and the final revelation being presented first followed by the reasoning that leads to it.
©1841 Graham's Magazine (P)1979 Jimcin Recordings

What listeners say about The Murders in the Rue Morgue

Please do not try to listen to this novel while having road noise. You really need a quiet room. I loved the quick read, but certainly did have trouble getting the quiet needed to listen easily. This is the reason for the 4 stars. Otherwise, I liked the story.