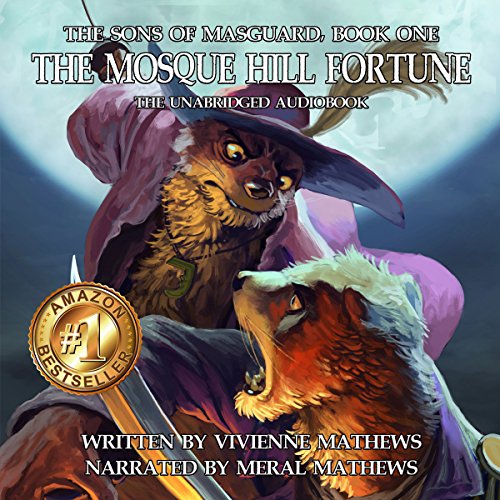 A haunting mist sits on the harbor beneath Secora Tor. It hides a secret that only Captain Marshall, accomplished military figure and secret son to the greatest explorer in the kingdom's history, can unlock. When he receives a cryptic message from a shocking source, the stoic otter sets out on a dangerous journey to save his queen, never suspecting that notorious pirate captain McKinley the Marauder might have ambitions that could put his mission at risk.

Now, accompanied by a gypsy mercenary, a dishonored knight, and a family of thieves - and tailed by the evil wolf Baron Von Ulric - the captains find their paths converging in an uneasy alliance, becoming a race against time as they travel through mythical tales to the legendary island of Mosque Hill, each of them hoping to reach an ancient artifact before it is too late. Each of them desperate to stay ahead of the secrets they keep.

What will they lose along the way? And where will they turn when they realize that nothing is as it seems?

What listeners say about The Mosque Hill Fortune