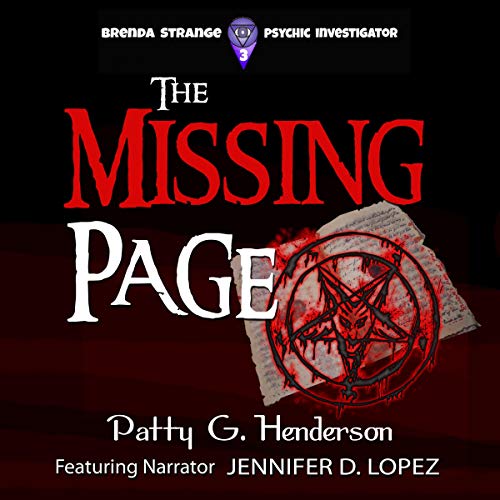 In The Missing Page, the third book in the Brenda Strange mystery series, Brenda is thrust into a case involving a rare, handwritten manuscript that has allegedly been stolen. A man who claims that he inherited the manuscript hires Brenda to find it. But before Brenda can even get started, the man’s decapitated body turns up in Spain.

Intrigued by the case, Brenda decides to investigate the disappearance of the manuscript and her client’s gruesome murder. What Brenda doesn’t count on is the FBI getting involved, the manuscript landing in her lap, and more people losing their heads along the way.

It’s a heart-pounding race against time for Brenda to find the killers and prevent her own head from being offed. Meanwhile, a mysterious figure is haunting Brenda and Malfour House, and a diary from Brenda’s mother reveals a secret within her own family that shakes Brenda’s inner soul....

What listeners say about The Missing Page

Such a great story. I enjoyed the vivid details used when describing events. The narration was a little tough for me, but still very enjoyable.