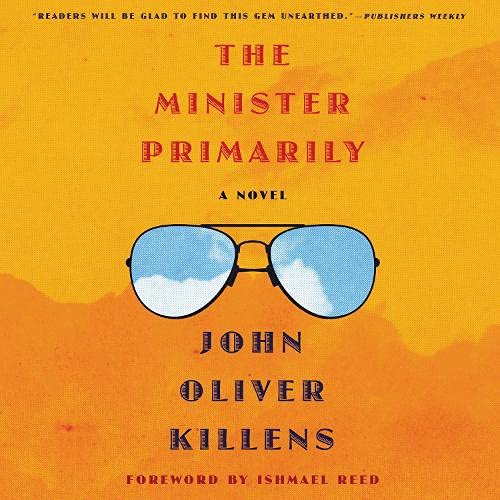 By: John Oliver Killens
Narrated by: Nyambi Nyambi
Try for £0.00

Wanderlust has taken Jimmy Jay Leander Johnson on numerous adventures, from Mississippi to Washington, DC, Vietnam, London, and eventually to Africa, to the fictitious Independent People’s Democratic Republic of Guanaya, where the young musician hopes to “find himself”.

But this small sliver of a country in West Africa, recently freed from British colonial rule, is thrown into turmoil with the discovery of cobanium - a radioactive mineral 500 times more powerful than uranium, making it irresistible for greedy speculators, grifters, and charlatans. Overnight, outsiders descend upon the sleepy capital city looking for “a piece of the action”.

When a plot to assassinate Guanaya’s leader is discovered, Jimmy Jay - a dead ringer for the prime minister - is enlisted in a counter scheme to foil the would-be coup. He will travel to America with half of Guanaya’s cabinet ministers to meet with the president of the United States and address the UN General Assembly, while the rest of the cabinet will remain in Guanaya with the real prime minister.

What could go wrong?

Set in the 1980s, this smart, funny, dazzlingly brilliant novel is a literary delight - and the final gift from an American literary legend.

What listeners say about The Minister Primarily